I found out today that I have been renewed as a Microsoft Azure MVP! This is my 13th consecutive year as an MVP, with previous expertises covering Hyper-V and System Center Configuration Manager. It’s an honour to continue to be part of this program.

The profile of how I am contributing has changed a lot. In my early days, I wrote about everything I saw in my RSS feeds – and I mean everything. I was single with no responsibilities after work, and often living in a hotel with nothing better to do. I got involved in writing books (remember those?). I wrote my own whitepapers – a full week or two of work. Today, Microsoft does a much better (not perfect) job at documenting things. There are lots of people in the community sharing content today so things I might have written about are being done elsewhere and why create redundant content? ]Today, I have a wife and young family and they are my priority in my off-hours. So I have changed how I contribute to the community.

I prefer events where I can fly in out the same day, or at least limit my away time to a quick overnight visit. But that’s all ended for us lately, so the online medium has taken over, which makes me much more available. I haven’t written a tech book in years – my last book (on WS2012 Hyper-V) was when the content was relatively static; today, a book on any tech is out of date before you save your markdown file. I pick and choose my blog topics – I spend a LOT of time doing Azure networking/security and I’ve always skewed my blogging to what I work on. I’ve found even senior consultants/architects don’t know this stuff well so my recent posts have gone into the level-400 stuff on routing and security design/implementation that is usually misunderstood. A lot of my community contribution isn’t obvious.

The MVP program provides MVPs with direct contact with the program managers of the products in their expertise area, and other areas. I’ve taken advantage of that since my 2nd year in the program. There are things in the Hyper-V/clustering/storage world that I can point & say “I provided feedback to make that happen”. And that continues in Azure; like a lot of MVPs, I give feedback and end up in 1:1 email/Teams conversations with the relevant PMs. There are recent things that have launched (some still coming) that I have helped shape. That’s one of the cool parts of being a member of the program, being able to take my observations from work or feedback from customers/community members, and bring it to the product group to improve things for all of us. I think that’s where I’ve been most busy this last year.

There are cool things coming … some are there already but you might not know it! … and that’ll give us lots of things to talk about 🙂

I’ve spent the last week at Microsoft head quarters in Redmond, WA, staying at the nearby Bellevue, WA, with 1000-2000 other MVPs from around the world. I can’t share specifics – the first rule of Summit is that you don’t talk about Summit – but I can tell you that it’s always an important calendar entry for me. My customers and followers might not realise it, but not long after, it becomes important for them too because eventually I can share some of what I learn when things go public.

I’m sittings in San Francisco International Airport now, waiting for some Irish colleagues to join me for our flight back to Dublin – yeap, I’m drinking $10 beers, thanks to the economic impact of Google and Apple on the region. 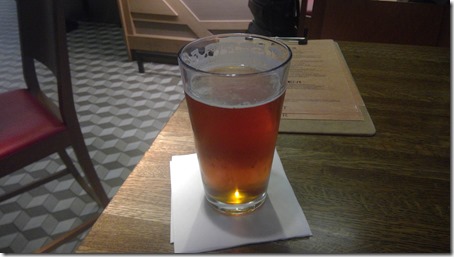 The best bits about the MVP Summit for me are when I learn about futures, allowing me to prep for articles and my customers, and interacting with my peers and the Microsoft program managers. That PM feedback leads to changes – meetings in my past have lead to improvements in Windows Server that I can associate with me, Didier Van Hoye, Carsten Rachfahl, and other names you might be familiar with. This year I branched out (I can’t talk about that either) and I shared what I’ve learned from you (from comments, conversations at events, interacting with my customers, and market observations) – who knows how this will impact the future for us.

What’s in that future?

I’m proud to represent my customers and readers when I attend the Summit. I was stunned that I was sought out by PMs for feedback – my … honesty … is refreshing for some of them I think. I know I’m not alone – some great people from all over the world represented you at this NDA event. I saw people stand up for large enterprises and small, IT pros, developers, and devops, on-prem, hybrid, and public cloud. And Microsoft listened.

Soon I’ll be on my last flight home, and I’ll sleep. I had a great time in Bellevue/Redmond, even though I missed my family an awful lot. I can’t wait to get home and give them a hug in the airport. And soon, we might see what results from the Summit

No – I’m not telling

I received word this afternoon that I was awarded MVP status by Microsoft for my 9th year.

What is an MVP? According to Microsoft:

For more than two decades, the Microsoft MVP Award has provided us an opportunity to say thank you to independent community leaders and to bring the voice of community into our technology roadmap through direct relationships with Microsoft product teams and events such as the MVP Global Summit.

Microsoft Most Valuable Professionals, or MVPs, are community leaders who’ve demonstrated an exemplary commitment to helping others get the most out of their experience with Microsoft technologies. They share their exceptional passion, real-world knowledge, and technical expertise with the community and with Microsoft.

Back in 2008, I became an MVP with the SCCM expertise. My career got a jump start because now I had an inside channel to the people developing the products I was working with … sort of. I was actually working with Hyper-V then, and I was switched to the Hyper-V expertise (which was bundled into Cloud & Datacenter Management last year) in 2009.

I’ve been blogging, writing, podcasting, presenting, and teaching about Microsoft products, interacting with customers of all sizes from around the world. I’ve even had the privilege to shape some of Microsoft’s products with my feedback, based on community/customer interactions and my own hands-on experience. Trust me – knowing that cloud service X exists because I got angry (Aidan smash!), or feature Y in an on-premises product is there because me and some others were lucky enough to be in the right meeting … that’s pretty thrilling.

We’re in the middle of an era of change. Only 30 minutes ago I was recommending a complete change in something to my boss based on what Microsoft is doing, and on what I’m guessing that they’ll announce in the next year or so (no; I’m not telling). On-premises is shaking up, and the move to infrastructure in the cloud is accelerating. As an MVP, I’m privileged to be in the thick of it, getting briefed on things, having my opinion sought out, maybe impacting features by feedback, and getting an early education that I’m able to then share with you.

I’m honoured to be awarded for my 9th award as an MVP, and look forward to what lies in the year ahead.

There is a term that I’ve heard for a while when talking to Microsoft program managers, and it has started to be used publicly by Microsoft staff. I read it on a post by Ben Armstrong:

If you are already on 10049 and have not yet enabled Hyper-V, you can either follow the above steps, or hang tight while we work on the next flight!

Rick Claus also used the term in the latest episode of the Ignite Countdown show.

Like all cloud services, in case you don’t know, this is what we’re doing with regards to flighting new things into it.

And the term was also used by Aul when he explained the frequency of builds for Windows Insiders:

… we’d have a candidate build, and we’d flight that out broadly within MS to make sure we could find any gotchas …

So what are they talking about? You’ve probably heard that Windows 10, when it RTMs, isn’t “finished”. In fact, it’ll probably never be a finished product in the view of Microsoft until they release Windows 11 (if there is one). Microsoft will be updating this OS on a regular basis, adding new functionality. I know we’ve heard that sort of thing before, but it’s real this time. Windows Insiders are seeing it now, and the reality is that Microsoft development process was changed quite a bit after Windows 8.1 to make this possible. We know from TEE14 that the same happened to Windows Server to make it work more seamlessly with Azure.

This approach is taken from cloud computing and lightweight phone/tablet OSs:

This release is a flight and the process is flighting. It’s just another way of saying “release”. I guess, “release” in a devs mind is a big irregular event, whereas a flight is something that happens on a regular basis.

In the Microsoft world, we see flights all the time with Azure and quite frequently with SaaS such as O365 and Intune. Windows is moving this way too. The result is you get a regular improvement of the product instead of every 1,2, or 3 years. Microsoft can be more responsive to feedback and change. Consumers will love this. Businesses will get control over the updates, but I suspect, as we saw with the April 2014 update (AKA “Update 1”) that came into force in August 2014, there will be a support baseline update every now and then to ease the difficult for Microsoft on supporting Windows.

Welcome to the Azure Times! Or so it seems. Lots of Azure developments since I posted one of these news aggregations.

Quite bit of stuff to read since my last aggregation post on the 3rd.

Here’s the latest in the Microsoft world!

In today’s cloudy link aggregation I have news on Windows Server (2003 end of life to Azure), Private Cloud bugs, Azure, and Office 365.

Here is the latest news in the world of Microsoft infrastructure:

Here’s the latest in the Microsoft world. Shame on Lenovo for pre-installing adware that is a man-in-the-middle attack. Crapware must die!