I was looking at a scenario where I needed to find a platform method of setting up a website that would:

A resilient storage account is set up with a static website. The content can be uploaded to the $web container. The firewall is enabled and only traffic from the virtual machine subnet and an Azure Application Gateway or Web Application Firewall subnet is allowed. This means that you get a 404 error when you try to access the website from any other address space.

A WAFv2 is set up. The WAF subnet is protected by an NSG. The WAF is controlled by a WAF policy. And certificates for custom domains are stored in a Key Vault – the WAF uses a user-managed identity to get Get/List rights to secrets/certificates in the Key Vault’s access policy. A multi-site HTTPS Listener is set up for the static website using a custom domain name:

The HTTP setting in the WAF will be set up as follows:

In this case, the WAF subnet has a Microsoft.Storage service endpoint enabled. This will mean that traffic from the WAF to the storage account hosting the static website will fall through a routing “trap door” across the Azure private backbone to reach the storage account. This keeps the traffic relatively private and reduces latency.

The backend pool of the WAF is the FQDN of the static website.

In this design, Service Endpoint is dropped and replaced with a Private Endpoint associated with the Web API of the storage account. This Private Endpoint can be in the same VNet as the WAF or even a different (peered) VNet to the WAF.

The only change to the WAF configuration is that the backend pool must now be the private IP address of the Private Endpoint. Now traffic will route from the WAF subnet to the storage account subnet, even across peering connections.

There is no support for inbound NSG rules for the Private Endpoint but:

Why not join me for an ONLINE 1-day training course on securing Azure IaaS and PaaS services. Securing Azure Services & Data Through Azure Networking is my newest Azure training course, designed to give Level 400 training to those who have been using Azure for a while. It dives deep on topics that most people misunderstand and covers many topics similar to the above content. 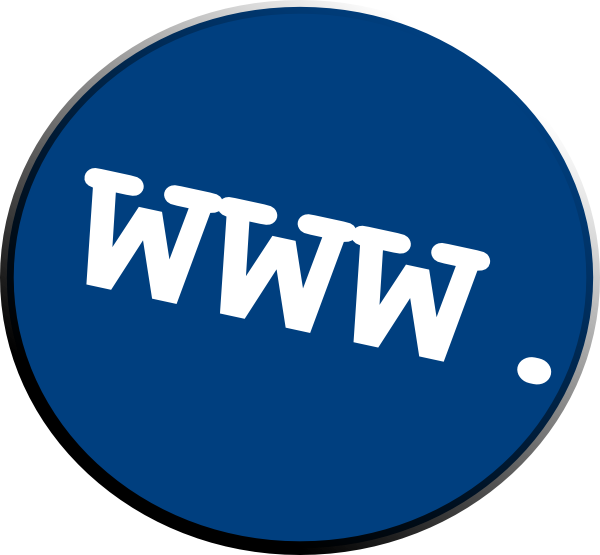 In this post, I will explain how things such as frontend configurations, listeners, HTTP settings, probes, backend pools, and rules work together to enable service publication in the Azure Web Application Gateway (WAG)/Web Application Firewall (WAF). 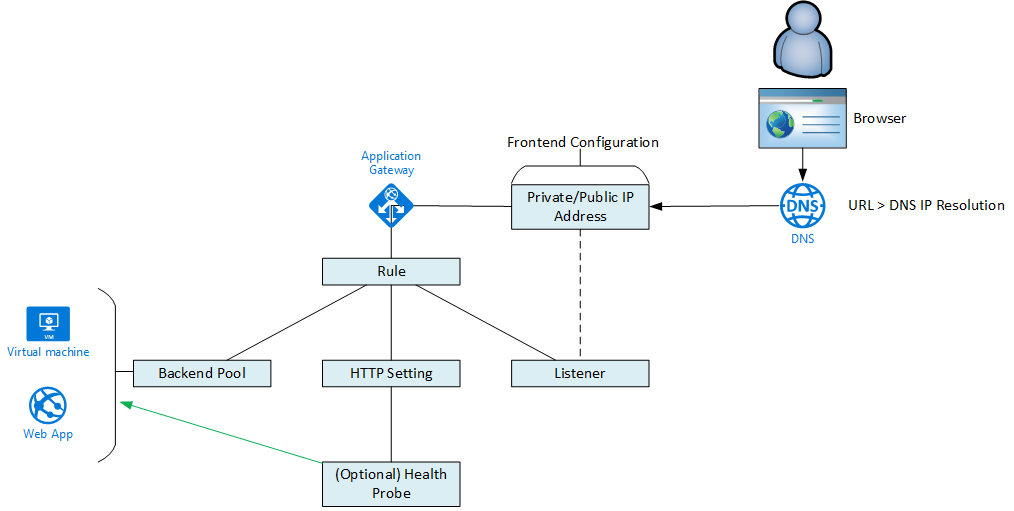 The WAF/WAG is a scary beast at first. When you open one up there are just so many settings to be tweaked. If you are publishing just a simple test HTTP server, it’s easy: you populate the default backend pool and things just start to work. But if you want HTTPS, or to service many pools/sites, then things get complicated. And frustratingly slow 🙂 – Things have improved in v1 and v2 is significantly faster to configure, although it has architectural limitations (force public IP address and lack of support for route tables) that prevent me from using v2 in my large network deployments. Hopefully, the above map and following text will simplify things by explaining what all the pieces do and how they work together.

The below is not feature complete, and things will change in the future. But for 99% of you, this should (hopefully) be helpful.

The backend pool describes a set of machines/services that will work together. The members of a backend pool must be all of the same type from one of these types:

From here on out, I’ll be using the term “web server” to describe the above.

Note that this are the machines that host your website/service. They will all run the same website/service. And you can configure an optional custom probe to test the availability of the service on these machines.

You can create a HTTP/HTTPS probe to do deeper probe tests of a service running on a backend pool. The probe is configured for HTTP or HTTPS and tests a hostname on the web server. You specify a path on the website, a frequency, timeout and allowed number of retries before designating a web site on a web server as being unhealthy and no longer a candidate for load balancing.

The HTTP setting configures how the WAG/WAF will talk to the members of the backend pool. It does not configure how clients talk to the site (Listener). So anything you see below here is for configuring WAG/WAF to web server communications (see HTTPS).

Remember that the above HTTPS setting is not required for website to be published as SSL. It is only required to ensure that encryption continues from the WAG/WAF to the web servers.

The DNS records for your sites will point at the frontend IP address of the WAG/WAF. You can use third-party or Azure DNS – Azure DNS has the benefit of being hosted in every Azure region and in edge sites around the world so it is faster to resolve names than some DNS hoster with 3 servers in a single continent.

A single frontend can be shared by many sites. http://www.aidanfinn.com, http://www.cloudmechanix.com and http://www.joeeleway.com can all point to the same IP address. The hostname configuration that you have in the Listener will determine what happens to the incoming traffic afterwards.

A Listener is configured to listen for traffic destined to a particular hostname and port number and forward it, eventually, to the correct backend pool. There are two kinds of listener:

Note that the Listner is where you place the certificate to secure client > WAG/WAF communications. This is known as SSL offloading. If you enable HTTPS you will place the “site certificate” on the WAG/WAF via the Listener. You can optionally re-encrypt traffic to the webserver from the WAG/WAF using the previously discussed HTTP Setting. WAGv2/WAFv2 have a no-support preview to use certs that are securely stored in Key Vault.

The configuration of a basic listener is:

The multi-site listener is adds an extra configuration: hostname. This is because now the listener is sharing the frontend and is only catching traffic for its website. So if I want 3 websites on my WAG/WAF sharing a frontend, I will have 3 x HTTPS listeners and maybe 3 x HTTP listeners.

A rule glues together the configuration. A basic rule is pretty easy:

A path-based rule allows you to extend your site across many backend pools. You might have a set of content for /media on pool1. Therefore all http://www.aidanfinn.com/media content is pulled from that pool1. All video content might be on http://www.aidanfinn.com/video, so you’ll redirect /video to pool2. And so on. And you can have individual HTTP settings for each redirection. 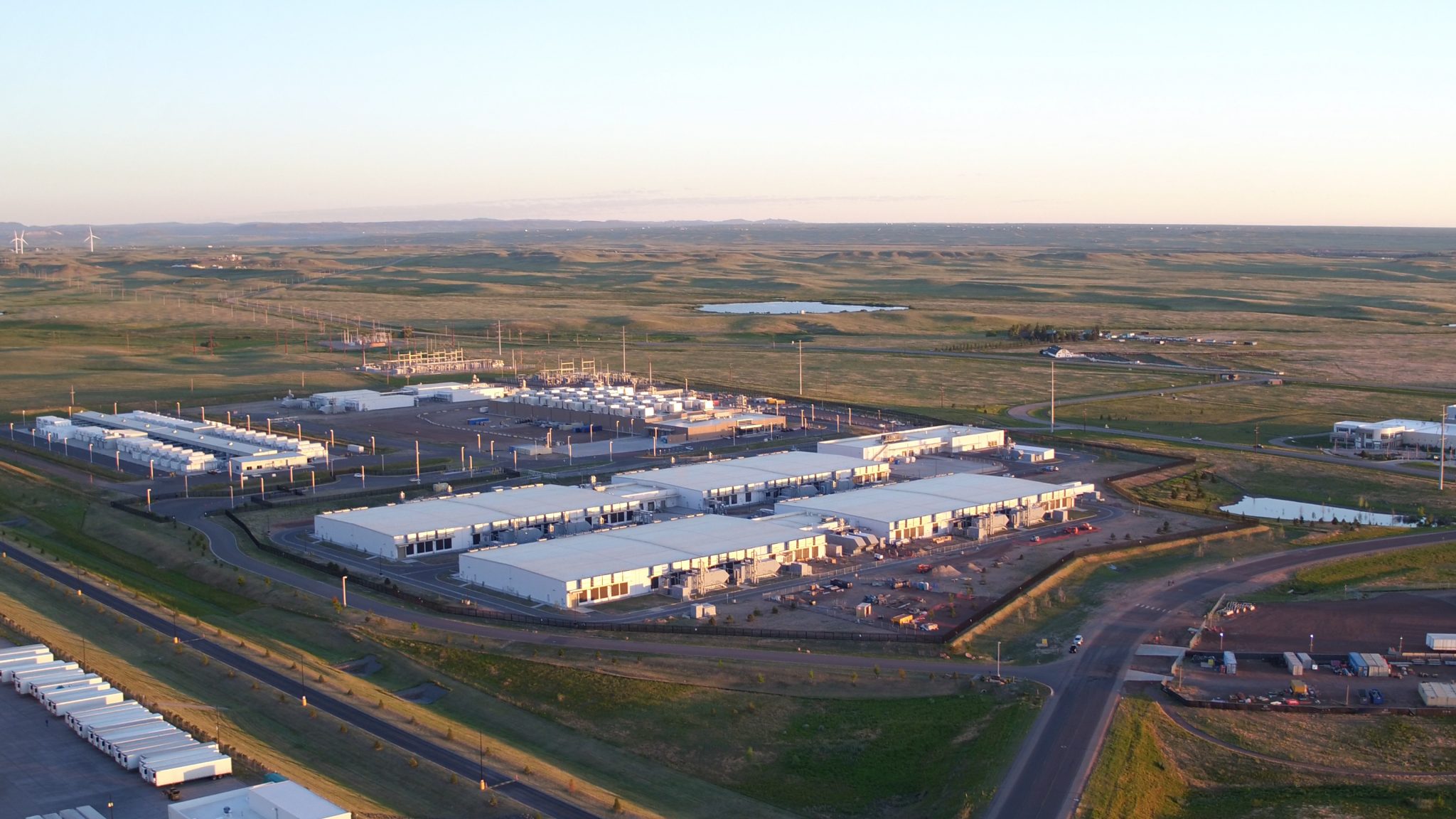