In Microsoft endeavors to finally close the book on backup issues, the Hyper-V team is switching to file-based backup, and moving from the non-scalable VSS backup. Let’s face it – most hardware VSS Providers have been like a curse.

When you backup a VM in vNext, a “backup checkpoint” is created. This forks the VM’s configuration is forked and the virtual hard disk(s) is forked too using an AVHD. This is done for a short period of time. This allows changes to continue while the backup is being done. The virtual machine can be live exported as a backup. 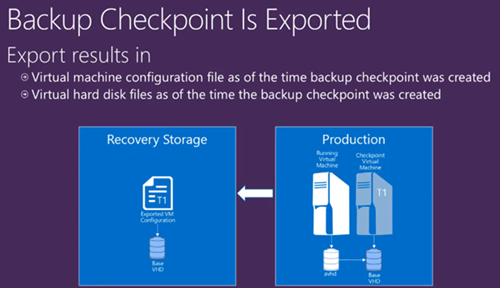 After this operation a dateless Reference Point is created. The AHVD(s) is merged back into the parent VHD(s). This reference point notes the Resilient Change Tracking ID (per VHD), so we know what changes are made after the AVHD was created, and now we know what blocks must be backed up in a following incremental backup. 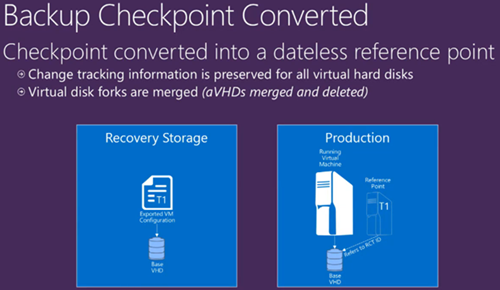 SAN-based backup is different. A LUN snapshot will retain the parent VHD and AVHD, and only the VM configuration is exported by Hyper-V. CDS, SMI-S or network providers be used to create the LUN backup. The LUN snapshot is removed and job done. 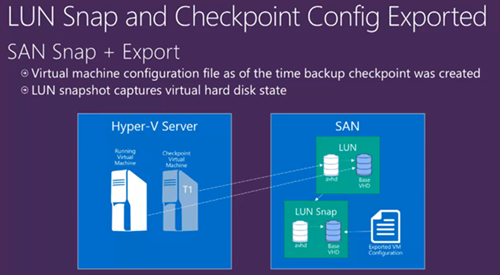