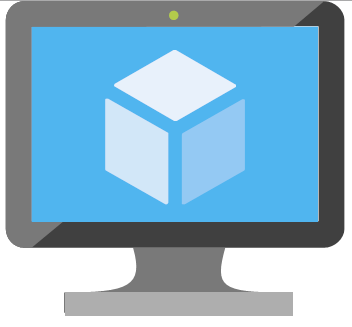 In this post, I will explain how I am using a freeware package called Packer to create SYSPREPed/generalised templates for Citrix Cloud / Windows Virtual Desktop (WVD) – including installing application/software packages from Azure Files.

One approach is to deploy a Marketplace image into your application and then use some deployment engine to install the software. That might work in some scenarios, but not well (or at all) in WVD or Citrix Cloud scenarios.

A different, and more classic approach, is to build a golden image that has everything installed and then the  VM is generalised to create an image file. That image file can be used to create new VMs – this is what Citrix Cloud requires.

You can use classic OS deployment tools as a part of the solution. Some of us will find familiarty in these tools but:

Maybe you read about Azure Image Builder? Surely, using a native image building service is the way to go? Unfortunately: no. AIB is a preview, driven by scripting, and it fails by being too complex. But if you dig into AIB, you’ll learn that it is based on a tool called Packer.

Packer, a free tool from Hashicorp, the people behind Terraform, is a simple command line tool that will allow you to build VM images on a number of platforms, including Azure ARM. The process is simple:

And that’s it! You can keep it simple and run Packer on a PC or a VM. You can go crazy and build a DevOps routine around Packer.

There are some terms you will want to know:

If you search for Windows Packer JSON Files, you are going to find the same file over and over. I did. Blog posts, powerpoints, training materials, community events – they all used the same example: Deploy Windows, install IIS, capture an image. Seriously, who is ever going to want an image that is that simple?

I wanted to build a golden image, a template, for a Citrix worker pool, running in Azure and managed by Citrix Cloud. The build needs to be monthly, receiving the latest Windows Updates and application upgrades. The solution should be independent of the network and not require any file servers.

The last point is easy to deal with: I put the application packages into Azure Files. Each installation is wrapped in a simple PowerShell script. That means I can enable a PowerShell provisioner to run multiple scripts:

“type”: “powershell”,
“scripts”: [
“install-adobeReader.ps1
“install-office365ProPlus.ps1”
]
This example requires that the two scripts listed in the array are in the same folder as packer.exe. Each script is run in turn, sequentially.

But what if one of those scripts, like Office, wants to run a .exe file from Azure Files? You will find that the script will stall while a dialog “appears” (to no one) on the build VM stating that “we can’t verify this file” and waits for a human (that will never see the dialog) to confirm execution. One might think “run unlock-file” but that will not work with Azure Files. We need to update HKEY_CURRENT_USER (which will be erased by SYSPREP) to truse EXE files from the FQDN of the Azure Fils share. There are two steps to this, which we solve by running another PowerShell provisioner:
{
“type”: “powershell”,
“scripts”: [
“permit-drive.ps1”
]
},
That script will run two pieces of code. The first will add the FQDN of the Azure Files share to Trusted Sites in Internet Options:

The second piece of code will trust .EXE files:

This one wrecked my head. I used an inline PowerShell provisioner to add Windows roles & features:

“type”: “powershell”,
“inline”: [
“while ((Get-Service RdAgent).Status -ne ‘Running’) { Start-Sleep -s 5 }”,
“while ((Get-Service WindowsAzureGuestAgent).Status -ne ‘Running’) { Start-Sleep -s 5 }”,
“Install-WindowsFeature -Name Server-Media-Foundation,Remote-Assistance,RDS-RD-Server -IncludeAllSubFeature”
]
But then the Sysprep task at the end of the JSON file stalled. Later I realised that I should have done a reboot after my roles/features add. And for safe measure, I also put one in before the Sysprep:
{
“type”: “windows-restart”
},
You might want to run Windows Update – I’d recommend it at the start (to patch the OS) and at the end (to patch Microsoft software and catch any missing OS updates). Grab a copy of the community Windows-Update provisioner and place it in the same folder as Packer.exe. Then add this provisioner to your JSON – I like how you can prevent certain updates with the query:
{
“type”: “windows-update”,
“search_criteria”: “IsInstalled=0”,
“filters”: [
“exclude:$_.Title -like ‘*Preview*'”,
“include:$true”
]
},

Why I like Packer is that it is simple. You don’t need to be a genius to make it work. What I don’t like is the lack of original documentation. That means there can be a curve to getting started. But once you are working, the tool is simple and extensible.

This is a middle ground between RDSH on Windows Server and VDI on Windows 10.

The presentation is actually being run from a WVD VM in the cloud. PowerPoint is a published application – we can see the little glyph in the taskbar icon.

With 100 users in a machine signing in simultaneously, enabling Windows Search has a 0.02% impact on the CPU.

Desktop of the remote machine is stretched across multiple displays – this demo is with a published desktop hosted in Windows 10 multi-user. Windows Desktop search is enabled. Instant search results in Outlook. OneDrive sync is working in a non-persistent machine – fully functional enabling the full collaboration experience in O365. Selective Sync works here too. Sync is cloud-cloud so the performance is awesome. In Task Manager, we see 3 users signed into a single Windows 10 VM via RDS.

Widows 10 Multi User is only available in Azure via Windows Virtual Desktop.

A lot of the above optimization, such as search indexing, rely on the user having a persistent profile on the latest version of Windows 10. So if that profile is a roaming profile or a UPD, then this works, in RDS or on physical,