It is rumoured that Microsoft Studios is developing a new movie called System Center Operations Manager Knows What You Did Last Summer. The tagline is “Always watching … Always recording”. Some say that VMware CEO Paul Maritz might be playing the role of the villain. *SPOILER* Others say that Steve Jobs is killed in the opening scene. *SPOILER* 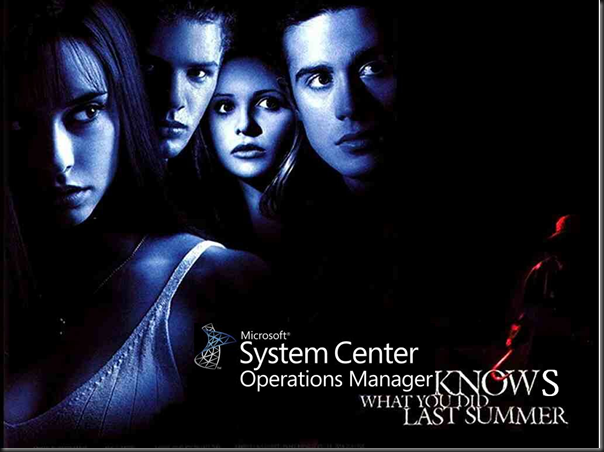