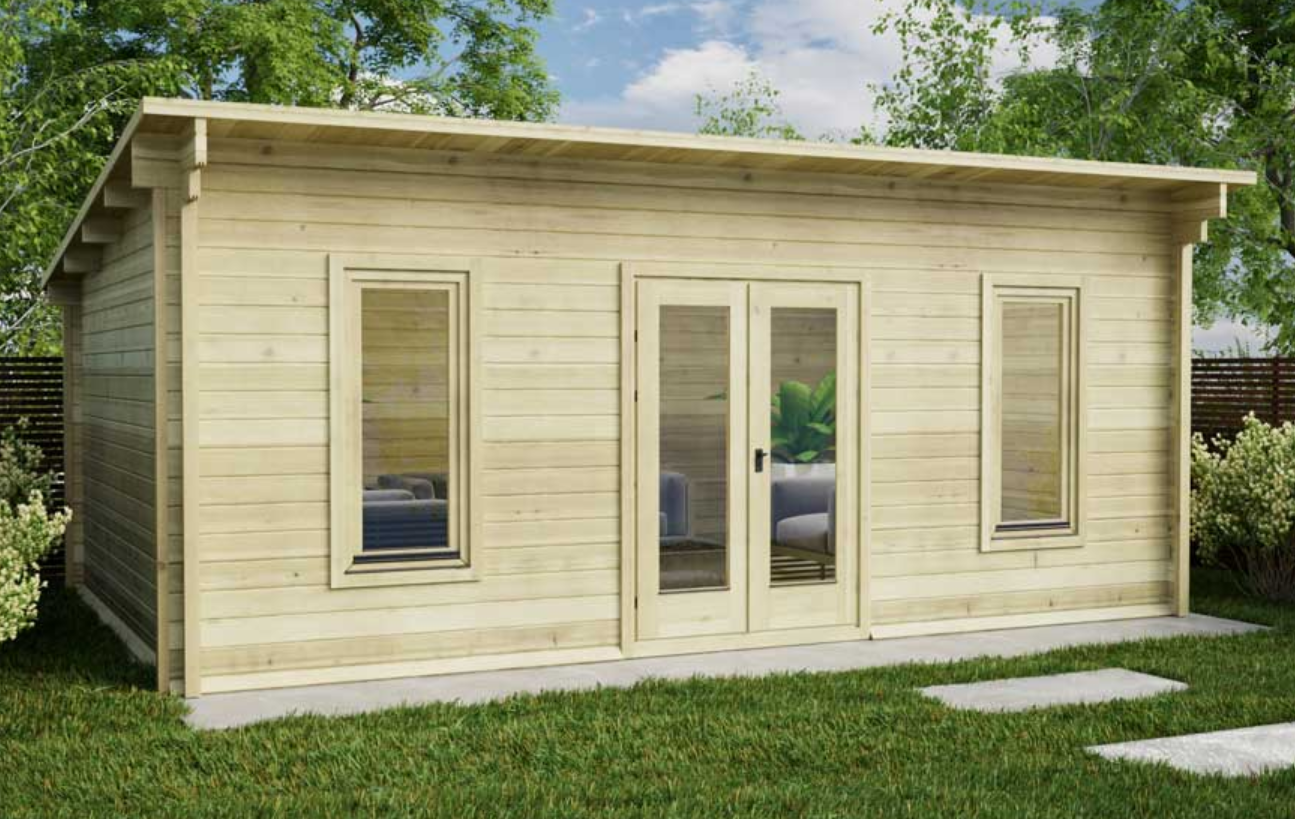 It’s a while (about 6 weeks) since I wrote that I am getting a new office built in the garden. Today seems like a good time to post an update.

There were 3 birch trees on the site where the office is being installed. I had the trees cut down (we have already replaced them with 4 apple trees and 2 more will be added next year) and that left the stumps. If I had been clever, I would have hired a mini-digger and dug around them. Maybe I would have also hired a tree grinder to chop up the revealed stumps. But no – instead we decided to dig them out by hand. Birch trees have interesting roots. The root ball is about 60-80 CM deep, and roots, sometimes 3x wider (or more) than the trunk, come out and up towards the surface. Those roots break out into a fine mesh that spreads out around the site, holding the soil firmly together, almost like concrete. I had a pick-axe, an axe, a shovel, a trowel, and my bare hands. The pick-axe was literally bouncing off the ground. The roots were like a phone book, and a sharp axe wasn’t cutting; it was breaking a layer or two and bounding too. I’ll keep this short – the final stump took over 8 hours to dig out by myself, and ended with me using my hands to scoop out dirt from under the root ball and roll the stump until the tap-root snapped. 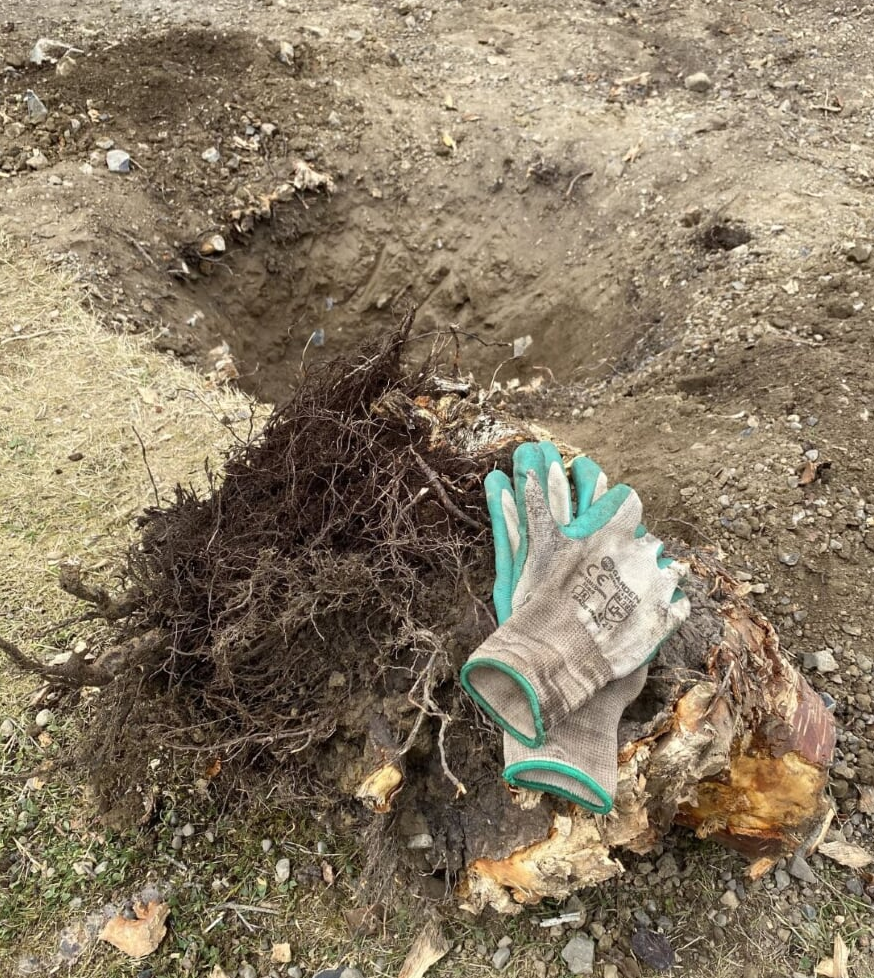 Tip: hire the machinery, and don’t do it by hand.

The next thing to deal with was the base. Once the trees were removed, we realised that the site had a slant that we had never noticed before – about 27cm from left to right over 6m. I thought that would require a concrete base. So I put out some feelers to find a builder that would install the base. I got 4 names. Only 3 returned my contact attempts. Of the 3, only 2 bothered to show up – one of those was 2 days late! And of the 2, neither either bothered to give me a quote. I guess that builders are busy enough, even with all the COVID disruption that’s been going on. I called the cabin builders to get their opinion – and they said that we didn’t need a base. Their method of foundation installation would handle the minor slope. Perfect!

The electrician was the next thing. After my last post, I had lots of people telling me to go spend another 13,000-20,000 Euros on different kinds of heating systems – me arse! We didn’t even spend that on the house! I got an electrician quote – a guy who came recommended from the cabin builders. I’d tried reaching out to one other electrician but he was as useless at responding as the builders. The recommended guy is booked and will be doing the first (armored cable from the fusebox) and second fittings, as well as an Ethernet wire installation from our broadband router in the house to the office.

So when will all this happen? A lorry dropped off an “Ikea-like” load in our driveway a couple of hours ago. An installation team is due tomorrow at 9am to start the assembly. Hopefully we won’t have to wait too long for the painters and then we can get the alarm/security stuff installed, a new floor surface installed, and purchase some new office furniture.

2 thoughts on “The Office Installation Is About To Start”