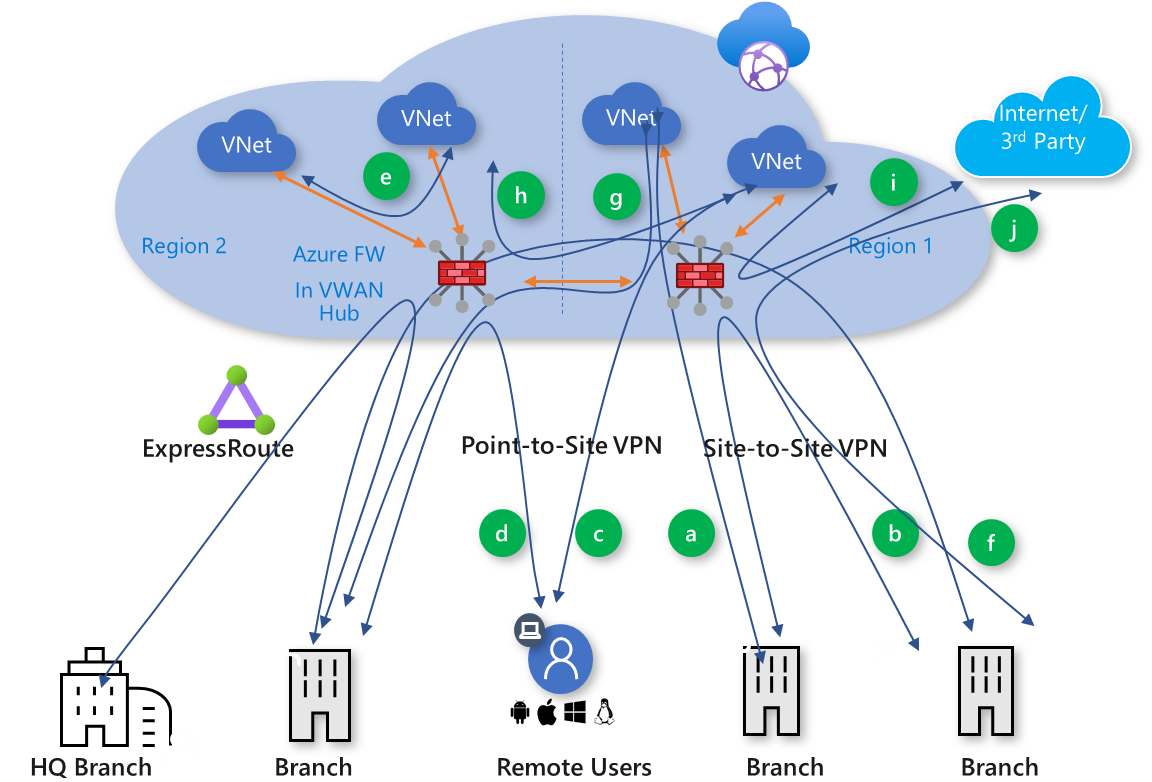 I have spent quite a few hours figuring out how to deploy Azure’s new Secured Virtual Hub, an extension of Azure Virtual WAN, deployed using ARM templates (JSON). A lot of the bits are either not documented or incorrectly documented. One of the frustrating bits to deploy was the Azure Firewall resource – and the online examples did not help.

The issue was that the 2 sources I could find did not include public IP addresses on the firewall:

Digging to solve that uncovered:

In my digging, I did uncover that the ARM reference for the Azure Firewall was incorrect, but I did uncover a new, barely-documented property called hubIPAddresses; I knew this property was the key to solving the public IP address issue. So I thought about what was going on and how I was going to solve it.

I ended up doing what I would normally do if I did not have a quick start template to start with:

And … there was the solution: