I was doing a major clean-out of the darker recesses of our house recently and found many nerd-shirt, most of which were thrown out. They brought back a lot of memories. 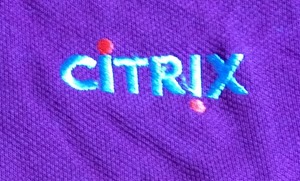 My first job out of college had me working as a UNIX developer … can you believe that!?!?! The project ended, and some of my Linux-to-Windows porting work lead me to being transferred to our budding Microsoft consulting team. And it was there that I got training and certification from Citrix on WinFrame (now XenApp). That was the start of my journey to here. 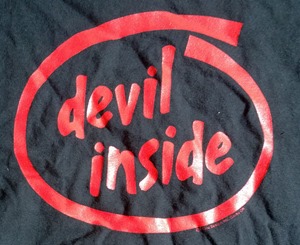 I spent most of my early days working with my employer’s brand of Intel servers (fridge-sized machines with 12 x 9 GB SCSI drives) and our storage system in the lab, setting up proof of concepts and demo labs. 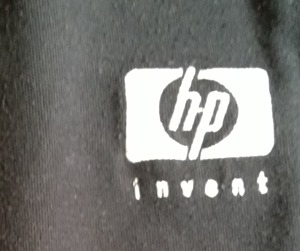 I left there after 4 years to spread my wings. That was the start of my many years of working with HP hardware.

I lost my job a week after 9/11. The consulting company’s directors decided to re-launch as a “dot com”. I realized that my skills had not been developed and I struggled to find work. I was unemployed, and spent just about every waking hour getting a W2000 MCSE. A few weeks after that, I was employed again. 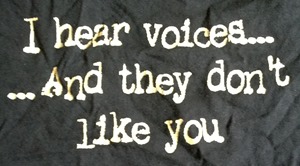 I -hated- that job. Actually, hate might not be a strong enough word. I was doing field engineering. It was an awful experience. And I moved on a few months later. 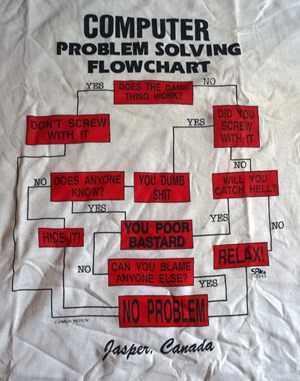 After some time contracting I got a job working for a German (but Irish headquartered) finance company, merging 9 international offices and upgrading them from Windows NT 4.0/Office 97 to Windows XP with a W2003 forest. I -loved- that job; the responsibility of designing and “owning” the global infrastructure (eventually 17 locations) was a rush. This was when I started working with virtualisation in work (Virtual Server and Virtual PC) and with pre-System Center (SMS and MOM) products, and was the start of my path to here. 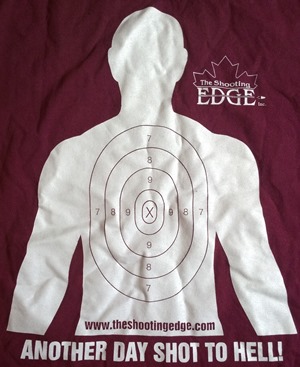 Unfortunately, the directors (who ended up being chased by German prosecutors) decided to move IT to Stuttgart, while making us redundant. That ended up backfiring big-time – we were state of the art and the German consultants both hadn’t a clue and were extremely expensive. I wore the above t-shirt for my exit interview. There’s a story behind that which I won’t tell, but the German HR executive looked like she had shat herself when I walked into the room 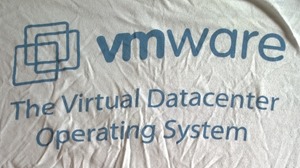 Oh yes, not only did I start off by programming on UNIX, but I worked happily on VMware before I switched to Hyper-V.

The work that I was doing at the time lead to me being of interest to the local Microsoft office. I started to get involved in the local community, I had been blogging for a couple of years, and I was asked to present at the Irish launch of W2008. 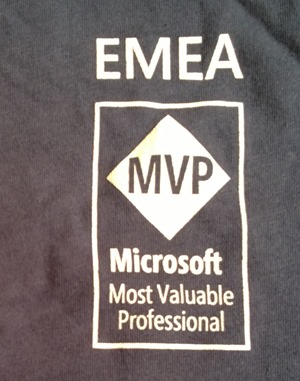 A year later, I was switch to the Hyper-V expertise, reflecting what I was then working with and writing about. 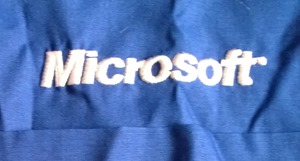 Books were written, travel to events was done, and I staffed a booth at TechEd in Berlin. I wore one of the blue “plastic” Microsoft shirts. Just 5 minutes in one of these and you had black armpits all the way down to your waist. 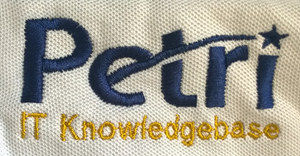 A couple of years ago I signed up with the Petri IT Knowledgebase to write about Microsoft virtualization and then my role expanded to write op-eds and other article types on other things. It’s been fun to branch out a little, and reach a bigger audience. Now the site has added Paul Thurrott (under his own URL) and more staff to cover other areas, and that audience is growing. 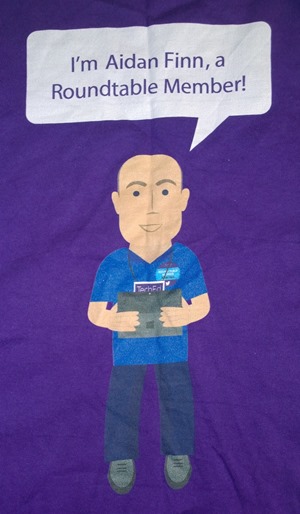 Last year was a big one, career-wise. I recommended some new brands to distribute. One of those was DataON, and that has become quite a business for us, not just in Ireland, but across Europe. I took part in the TechEd North America Speaker Idol … and won a speaking slot at Ignite this year in Chicago. And I was awarded a speaking role at TechEd Europe, got one of the larger rooms, and came in as the 6th rate overall most effective speaker! And then I popped the question and got engaged at Christmas, finishing 2014 on a real high.