This post is dedicated to the person that refuses to upgrade from Windows Server 2003. I’m not targeting service providers and those who want to upgrade but face continued resistance. But if you are part of the problem, then please feel free to be offended. Please read it before you hurt your tired fingers writing a response.

I’m not going to pussy-foot around the issue. I couldn’t give a flying f**k if your delicate little feelings are dented. You are what’s wrong in our industry and I’ll welcome your departure.

Yes. You are professionally negligent. You’ve decided to put your customers,stockholders, and bosses at legal risk because you’re lazy.

You say that it still works? Sure, and so did this: 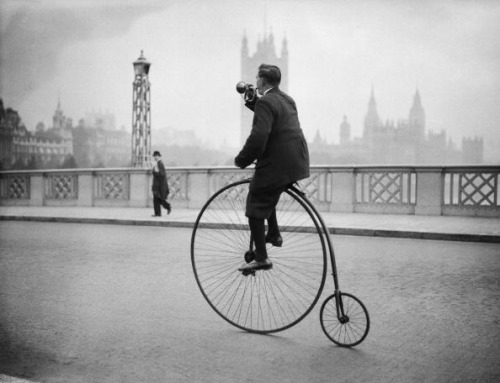 You think you’ll still get security fixes? Microsoft is STOPPING support, just like they did for XP. Were you right then? No, because you are an idiot. So you work for some government agency and you’ll reach a deal with Microsoft? On behalf of the tax payers of your state, let me thank you for being a total bollocks – we’ll be paying at least $1 million for year one of support, and that doubles each year. We’ll be landed with more debt because your incompetent work-shy habits.

You think third parties like some yellow-pack anti-malware or some dodgy pay-per-fix third party will secure you? Let me give you my professional assessment of that premise: HAHAHAHAAHAHAHAHAH!

Maybe other vendors will continue supporting their software on W2003? That’s about as useful as a deity offering extended support for the extracted failed kidney of a donor patient. If Microsoft isn’t supporting W2003, etc, then how exactly is Honest Bob’s Backup going to support it for you? Who are they going to call when there’s a problem that they need assistance on? Are you really that naive?

Even regulators recognise that “end of support” is a terminal condition. VISA will be terminating business with anyone still using W2003 as part of the payment operation. You won’t be able to continue PCI compliance. Insurance companies will see that W2003 as a business risk that it outside the scope of the policy. And hackers will have an easy route to attack your network.

“Oh poor me – I have an LOB app that can’t be replaced and only runs on W2003”. Well; why don’t you upgrade everything else and isolate the crap out of that service? Allegedly, there is an organ rattling inside that skull of yours so you might want to shake the dust off and engage it!

I have zero sympathy for your excuses. I know some of you will protest my comments. Your excuses, not reasons, only highlight your negligence. You’ve had a decade and 4 opportunities to upgrade your server OS. You can switch to OPEX cloud systems (big 3 or local) to minimise costs. You could have up-skilled and deployed services that are included in the cost of licensing WS2012 R2 instead of spending your stockholders or tax payers funds on 3rd party solutions. Yeah, I don’t have many good things to say to you, the objector, because, to be quite honest, there is little good to be said about you as an IT professional.

This post was written by Aidan Finn and has no association with my employers, or any other firm I have associated with. If you’re upset, then go cry in a dark room where you won’t annoy anyone else.

13 thoughts on “An Open Letter To W2003 Upgrade Objectors”