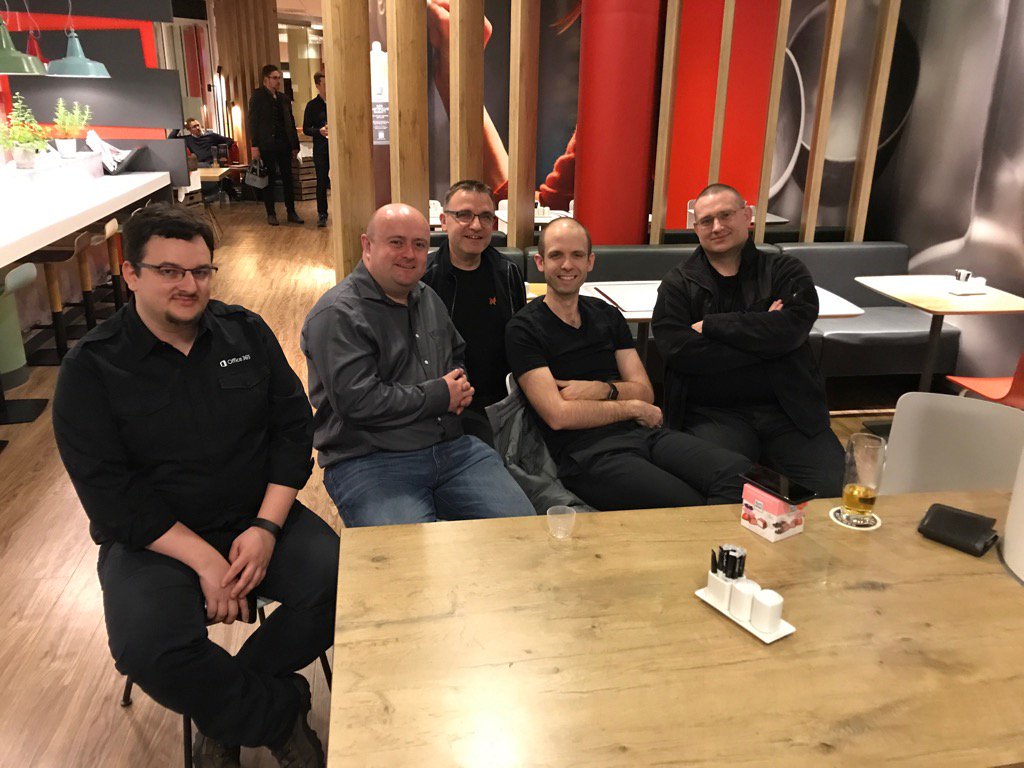 It’s a sad day as I say goodbye to a phase of my career. Long-time readers of my writings, attendees of my presentations, or followers of my social media, will know that I spent many years discussing and promoting Windows Server Hyper-V and related tech. This morning, I said goodbye to that.

Back in 2007, I was working as a senior engineer for one of the largest hosting companies in Ireland. I was building a new VMware platform for that company, and a local Microsoft evangelist targeted me to promote Windows Server 2008 and Hyper-V. I was interested in the Windows Server content, but the timing sucked for Hyper-V because it would be another year before it was going to be released and I needed to get the virtualization platform into production ASAP. I ended up changing jobs the following year to work with a start-up hosting company and then I saw the opportunity for Hyper-V. And that started the ball rolling on all the Hyper-V content on this site that would eventually host over the years.

My first presentation on Hyper-V, at E2EVC (PubForum back then) in Dublin, was a bloodbath. The room was filled with VMware nuts, including one consultant that I had previously worked with who worked for the biggest sceptic company of Microsoft on the island. My 30 minute-long session was an hour of me being attacked. But eventually I learned to turn that around.

Eventually I was awarded as a Hyper-V MVP. I can remember my first year in Bellevue/Redmond, having serious jetlag at the MVP Summit. One morning I woke up in the early AMs and wrote a proposal for a new Hyper-V book. One year later, Mastering Hyper-V Deployment (co-authored with Patrick Lownds) was released … written using a Dell Latitude laptop and an eSATA disk.

A few years later, the same process started again, and Windows Server 2012 Hyper-V (co-authored with Patrick Lownds, Hans Vredevoort, and Damian Flynn) was released. I needed a much better lab for this book. I had an old PC that I used as a domain controller and iSCSI target, and I bought two HP tower PCs as Hyper-V hosts with extra RAM, storage, disks, NICs, and a 1 GbE switch – I also had access to  a 10 GbE RDMA rig at my (then) employer. A year later … the book was out. I was flattered when some of the Hyper-V team shared some nice comments both privately and on Amazon.com … the Hyper-V team bought copies of the book to educate new-hires!

This blog got lots of regular updates and lots of traffic. Content included System Center, failover clustering, Storage Spaces, Windows networking, etc … all related to Hyper-V. And then things started to change.

I was working in the small/medium enterprise market – the perfect early adopters for Hyper-V. Microsoft’s ambitions for Hyper-V started to change pre-2012. Publicly, they wanted to focus on Fortune 500 customers. Secretly, Microsoft was looking at their future in IT. Increasingly, the new stuff in Hyper-V was focused on customers that I had no dealings with. And then along came Windows Server 2019 … there was so little new for Hyper-V in there that I wondered if virtualization had plateaued. Support for flash storage on the motherboard, etc, are edge things. Getting 16,000,000 IOPS is like saying I have a car with 1,000 BHP – how many people really care? Virtualization had become a commodity, a thing under the covers, that supports other features. These days, you only hear “Hyper-V” when the media are wondering how new dev/security features are being enabled in Windows 10 preview builds.

And several years ago, my job changed. Windows Server, Hyper-V, and System Center was my job. But then Microsoft came in to meet my boss and me and told us “we need you to switch your focus to Azure”. And that was that – I learned Azure from scratch, and today I’m working with large customers on Azure projects. I sometimes joke with people that I get to work with the largest Azure clusters in the world (this is true – Azure was part of Microsoft’s change of focus for Hyper-V) but I don’t worry about the host stuff; instead I architect and deploy what sits on top of the hypervisor, the part that the business/customer actually cares about these days. I don’t care about NICs, BIOS,  drivers, and physical disks or worry about flashing lights in a data centre/basement – I design & deploy services.

If you’ve been reading my content here or on Petri.com then you would have noticed the change. Part of the topic change was that there was less content in the Hyper-V world, less content that I could work with, and I was spending 100% of my time in The (real) Cloud.

And that leads me to what happened this morning. As I’ve posted before, I work from home now and part of that was setting up my home office. Two items became redundant; the pair of HP Tower PCs that I had set up as a budget Hyper-V cluster that I used as one of my labs for the “Windows Server 2012 Hyper-V” book. I had powered off those machines quite a while ago and they were stacked to the side of my desk, taking up space and gathering dust. This morning, I opened those machines up one last time, removed the OS disk, and put the machines outside to be collected by a recycling company.

A few hours ago, the van came around and collected the machines. They are gone. And that is the end of a significant era in my career – it helped my profile, I learned a lot, I made friends across the world, and it led to a job where I met my wife and started my family. So writing this now, I realise that associating sentimentality to a couple of black tower PCs is stupid, but they played a major role in my life. Their departure marks the end of the Hyper-V part of my career, and I’m well and truly into the subsequent phase, and even considering what’s next after that.