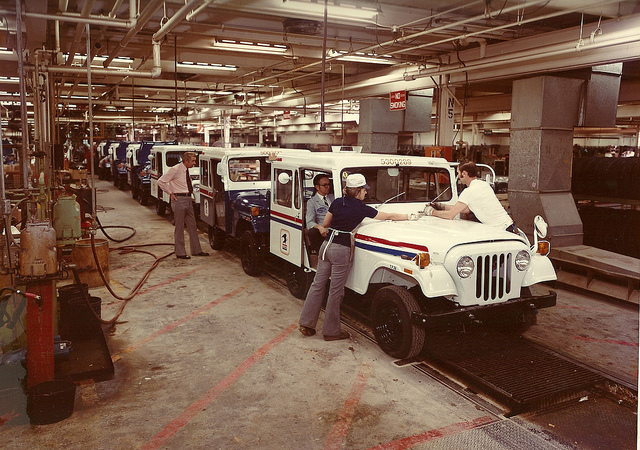 I will start this article by saying there is a lot in Windows Server 2019 to like. There are good reasons to want to upgrade to it or deploy it – if I was still in the on-premises server business I would have been downloading the bits as soon as they were shared.

As you probably know Microsoft has changed the way that they develop software. It’s done in sprints and the goal is to produce software and get it into the hands of customers quickly. It doesn’t matter if it’s Azure, Office 365, Windows 10, or Windows Server, the aim is the same.

This release of Windows Server is the very first to go through this process. When Microsoft announced the general availability of Windows Server 2019 on October 2nd, they shared those bits with everyone at the same time. Everyone – including hardware manufacturers. There was no “release to manufacturing” or RTM.

In the past, Microsoft would do something like this:

This year, Microsoft has gone straight to step 6 from the above to get the bits out to the application layer as quickly as possible. The OEMs got the bits the same day that you could have. This means that the Windows Server Catalog, the official listing of all certified hardware, is pretty empty. When I looked on the morning of Oct 3, there was not even an entry for Windows Server 2019 on it! Today (October 4th) there are a handful of certified components and 1 server from an OEM I don’t know:

So my advice is, sure, go ahead and download the bits to see what Microsoft has done. Try out the new pieces and see what they offer. But hold off on production deployments until your hardware appears on this list.

I want to be clear here – I am not bashing anyone. I want you to have a QUALITY Windows Server experience. Too often in the past, I have seen people blame Windows/Hyper-V for issues when the issues were caused by components – maybe some of you remember the year of blue screens that Emulex caused for blade server customers running Windows Server 2012 R2 because of bad handling of VMQ in their converged NICs driver & firmware?

In fact, if you try out the software-defined features, Network Controller and Storage Spaces Direct (S2D), you will be told that you can’t try them out without opening a free support call to get a registry key – which someone will eventually share online. This is because those teams realize how dependent they are on hardware/driver/firmware quality and don’t want you judging their work by the problems of the hardware. The S2D team things the first wave of certified “WSSD” hardware will start arriving in January.

Note: VMware, etc, should be considered as hardware. Don’t go assuming that Windows Server 2019 is certified on it yet – wait for word from your hypervisor’s manufacturer.

Why would Microsoft do this? They want to get their software into application developers hands as quickly as possible. Container images based on Windows Server will be smaller than ever before – but they’re probably on the semi-annual channel so WS2019 doesn’t mean much to them. Really, this is for people running Windows Server in a cloud to get them the best application platform there is. Don’t start the conspiracy theories – if Microsoft had done the above process then none of us would be seeing any bits maybe until January! What they’ve effectively done is accelerate public availability while the Windows Server Catalog gets populated.

Have fun playing with the new bits, but be careful!