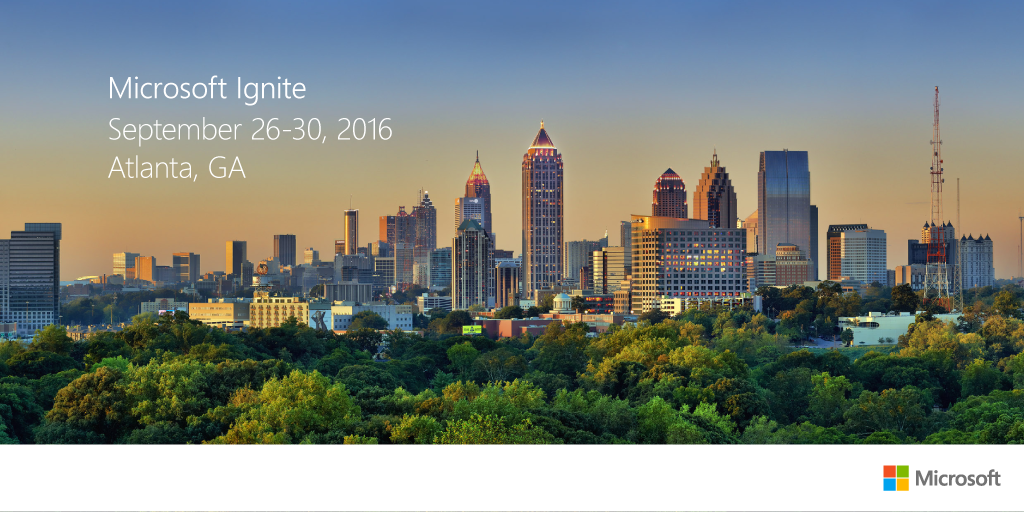 I am live blogging this session. Press refresh to see more.

I am not attending Ignite this year. I’m saving my mileage for the MVP Summit in November. I have actually blocked out my calendar so I can watch live streams and recordings (Channel 9).

There was a preamble with some media types speculating about the future. I had that on mute while listening to a webinar. A countdown kicks the show off, followed by some interview snippets about people’s attitudes to cloud. The theme of this keynote will be work habits (continuous learning) and cloud.

The corporate VP is the host of the keynote. In the pre-show, she acknowledge the negative feedback on Ignite 2015: 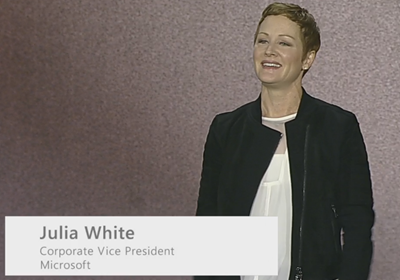 IT stands for “innovation & transformation” these days. Those that refuse to learn, adapt, change, and evolve, become as populous as the T-Rex. Change can be daunting, but it’s exciting and leads to new opportunities. We should embrace new and different, to figure out what is possible. 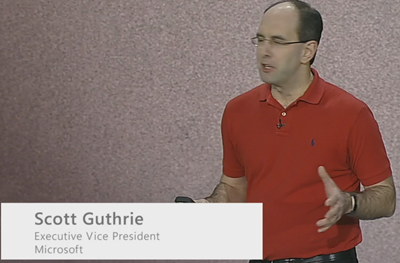 Today will focus on solution to enable productivity, intelligent cloud platform, enable each of us to deliver transformational impact to our organizations and customers – making us IT heroes. Some blurby stuff now with business consulting terminology. I’ll wait for real things to be presented.

Some examples of BMW and Roles Royce (RR – aircraft engines) using Azure to transform their operations. Adobe is a cloud first company (SaaS) and are moving all of their solutions to Azure. Out comes a speaker from Adobe with Satya Nadella for a chat. It’s chat show time. I’ll skip this. 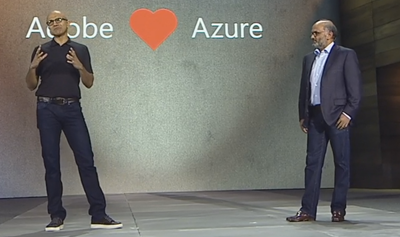 Something was said about digital transformation, I think – I was reading tweets. Guthrie comes back on stage. Now for a video of more customers talking about going to the cloud.

There are now 34 unique Azure regions, each with multiple data centres, around the world, more than twice what AWS offers. Here comes a video to show us inside a region. This is North Europe in Dublin (I’ve never been able to say exactly where due to NDA):

Hybrid cloud is more about connections. Hybrid is more than just infrastructure. It’s about consistency (psst, Microsoft Azure Stack). Use a common set of tools and skills no matter where you work. Microsoft leads in more magic quadrants than the competition combined, according to Gartner. 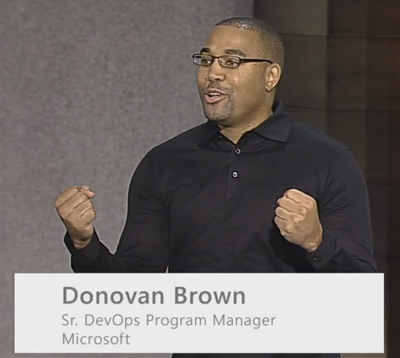 Demo time. Brown has a bunch of machines running in Azure and on-prem. He wants to manage them as a unified system. Azure Monitor is a new system for monitoring applications no matter where they are. Monitor in the nav bar shows us the items deployed in Azure and their resource usage. We can see Hyper-V and VMware resources too, using SCOM agent data (requires System Center). A lot of Monitor looks like duplication with Log Analytics (OMS). I’m … confused. We then see security alerts and recommendations in Azure Security Center.

And we’re back to chat show time again. I’m completely tuning out this segment.

This is a cloud platform, for a software defined data center. Just in time admin access, preventing DDOS attacks on a host by VMs, and Nano server offering new density. There is built-in support for containers, and Docker Engine is going to be available to all WS2016 customers, free of charge. Windows Serer 2016 and System Center 2016 general availability is announced. No dates mentioned, and no bits available on either MSDN or Azure. Yes, there’s an eval online, but that is meaningless.

I press pause here – I’ve a Skype Biz call I cannot get out of. Back later for more …

Conference call is over so I’m back watching the video on delay. Donovan is back on stage to talk DevOps – a big focus for MSFT, moving away from evangelizing IT pro stuff. He starts a demo with Team Services, and I check out Twitter. I fast forward past stuff that includes coding (!). 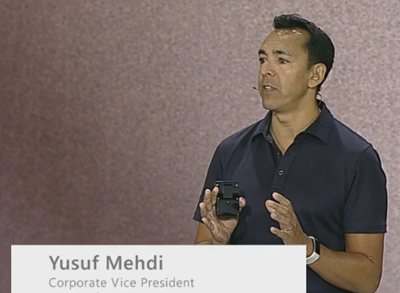 There’s a video about Windows 10, with plenty of emphasis on ink/stylus and HoloLens/AR. It’s a classic Microsoft “future” video with things that are possible and others that are futuristic. By 2020, half the workforce will be millenials, so Microsoft needs to innovate on how people work and do. 44% of the workforce is expected to be freelancers (rubbish zero hour contracts?). There will 5 billion devices shipping annually – IDC predicts that Windows Phone will …. no; I’ll stop joking

Cortana demo is shown. That must be cool for the 10 countries that can use Cortana. Then there’s some inking in Office. And they do some ink sums/equations in OneNote. More Cortana – I’m not going to blog about this because it’s not relevant to 90% of us. Outlook now has Delve Analytics – so I can see who read my email and when. My Analytics in O365 is like Fitbit for your Office activity (meetings, email, multitasking, etc). Surface Hub demo (fast forward).

Another video – security threats and risks. It takes an average of 200 days to detect a breach and 80 days to recover (Source: Ponemon Institute – The Post Breach Boom, 2013). The average cost is $12m per incident. We are in an ever ending battle because every end point is under attack. End users and weaknesses in IT processes are the vulnerable targets.

Microsoft is spending over $1billion per year on security. Microsoft has the largest anti-malware system in the world, and they scan more email than anyone. They have the largest online services in the world (O365, Bing, Outlook.com, Azure, etc). 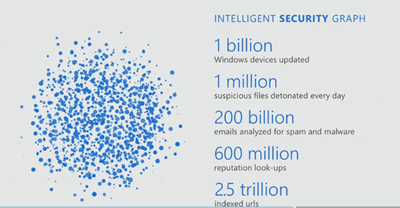 All this data gives Microsoft a great view of worldwide IT security, and the ability to innovate defences: 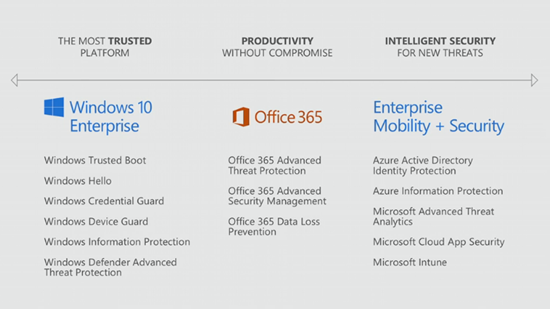 Microsoft announces protection for the browser (Edge first) in Windows Defender Application Guard. The Edge Browser is isolated using a hardware based container – that’s protection against malware, zero day threats, etc. So even if you browse an infected site, the infection cannot cross the security boundary to your machine, data, and network. 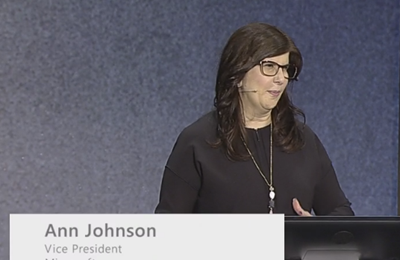 This section is all about security. Security is built from the base of the platform: Windows. Windows 10 (especially Enterprise edition) is the most secure version of Windows. We get a demo of Credential Guard. A machine with Windows 7 (no CG is running) as is a Windows 10 machine (with CG). The “hacker” launches attacks from both infected machines. The Windows 7 machine spits out password data to the hacker. The Windows 10 machine cannot retrieve passwords because they are secured in hardware by CG.

Nest up is Windows Defender Application Guard. This uses the same hardware tech as CG. Two browsers, one protected and one not, are run. The unprotected browser hits a “dodgy” website and we see that all of the Windows security features are turned off thanks to a silently downloaded payload. On another machine, nothing happens when the protected browser hits the malicious website – that’s because Application Guard isolates the browser session behind a hardware boundary.

Attacks will happen, it happens to everyone, so Microsoft is engineering for this. Windows Defender Advanced Threat Protection uses behavioural analytics to detect attacks across your network.  In a demo, an attack is opened. We can see how the attack worked. Outlook saved an attachment. This attachment is analysed. Office 365 Advanced Threat Protection is integrated with Defender ATP. We can see that this attachment attempted to send to 2 users, but O365 blocked the attachment because it received a signal from Defender that the attachment was malicious. A source is identified – a user whose identity might be compromised. The user is clicked and Microsoft Advanced Threat Analytics (ATA, a part of the EMS suite) tells us everything – the user’s ID was compromised from another user’s PC. So we have the full trace of the attack. 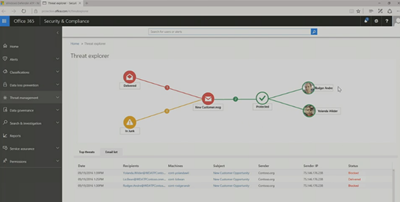 And other than more chat show, that was that. It was a keynote light on announcements. General sessions followed, so I guess that’s where all the news for techies will be.