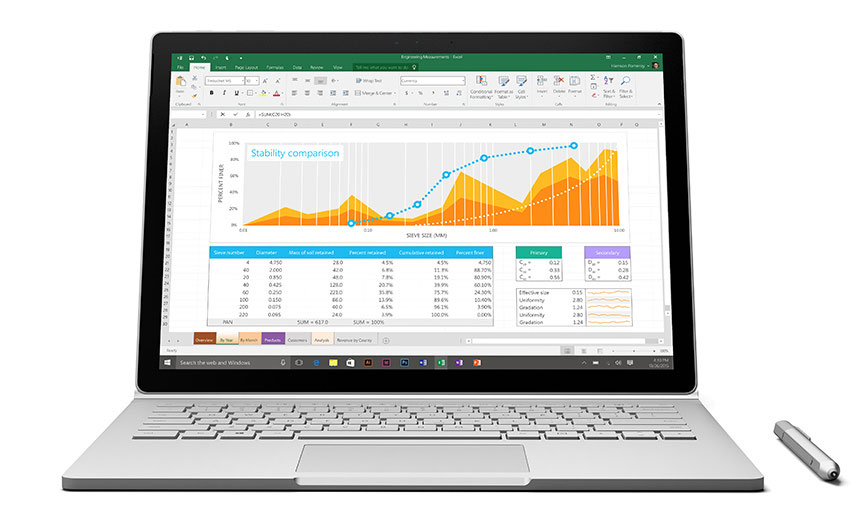 We’re still not able to distribute Surface Book in Ireland, but I got a very brief play with a demo unit in the office yesterday. What was it like?

Let me preface it by saying that I have owned 3 high-end ultrabooks over the last few years:

So how did the Surface Book compare? Straight away, the white/gray material stands out from the crowd. This is a machine that will make people ask “what is that?” and that’s certainly a big positive, especially for people that will be paying a premium for this premium machine. When you lift it up, it feels like a sing piece of nice metal (some might say heavy). But there’s a solid and quality feel about it.

The screen is a little big for a tablet, but few will use it as a tablet. I doubt I would. But it detached cleanly for me. You might be worried about compute being in the screen, but the Surface Book seems to be weighted just right to avoid topple-over which every convertible tablet I’ve tried suffers from. And the screen – wow. If you’ve tried Surface Pro then you know what Microsoft can do with a screen. If you like punchy contrast and vivid natural colours, then Surface Pro and Surface Book might be the machines for you … I am into photography so a quality screen for editing is a necessity.

The keyboard is nice -it’s not Lenovo nice but it’s better than the UX31 or KIRAbook. The track pad is lovely and big – and might be the best I’ve used on a laptop. The stylus works very nicely with a lovely sense of friction that I haven’t gotten from the Yoga or a Samsung tablet. My handwriting was as good as it gets.

I tried Windows Hello sign-in via 3D face scan. It works much better than the Lumia 950. It works from normal viewing distance and it is quick. I think I’d use that as my primary way to unlock the Surface Book.

This machine had the recent updates which appear to have resolved most of the issues so it was shutting down quickly and effectively, and start up was instant. We have not noticed any of the old issues.

I didn’t have much time to play so this isn’t what I’d call a full review – see the posts by Brad Sams and Pault Thurrott on Petri.com for that. But I will say that Surface Book, albeit at a very high price, might be the best quality laptop that I’ve tried.

2 thoughts on “My First Hands-On With Surface Book”