I work for a European distributor of DataON storage. When Storage Spaces was released with WS2012, DataON was one of the two leading implementers, and to this day, despite the efforts of HP and Dell, I think DataON gives the best balance of:

A few months ago, DataON sent us a document on some benchmark work that was done with their new 12 Gb SAS JBOD. Here are some of the details of the test and the results.

A single pool was created. Virtual disks were created as follows:

IOMeter was run against the aggregate storage in a number of different scenarios. The results are below: 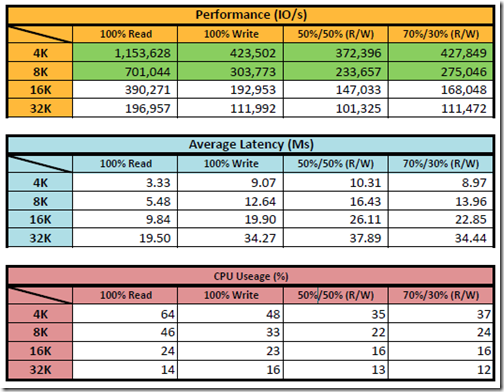 I bet this test rig cost a fraction of what the equivalent performing SAN would!