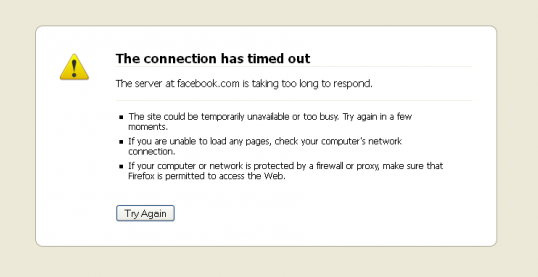 You’d think that a start-up mobile telecoms company would understand the cloud, right? Today in Ireland, a new virtual mobile telecoms company, iD Ireland, launched their business, promising to give 4G as standard and to offer cheaper and more tailored plans to customers with generous data allocations. That sounds like the sort of thing that I’d want to check out, and it got coverage in every news outlet in Ireland.

So I, like many others, tried to browse their site. And 5 minutes later, the page actually loaded. I bet that most people thought “That’s sh1te” long before the page loaded, closed the browser tab and forgot about iD, thus ruining the potential of their launch. What a waste of great publicity and PR!

So what went wrong there? Old schoolers, that’s what. “Let’s put up 2 web servers and sure that’ll be grand. If we need more then we can build more servers”. You know the sort – you might even be that kind of person.

You know how I would have built such a web presence? I’d have deployed a set of load balanced web sites in Azure. And then I would have enabled auto-scaling. I’d have a minimum number of sites to keep the regular load operating nicely, and enough peak potential to meet the demand one would get after launching a mobile company and successfully getting coverage in every news outlet in the country. And the beauty is – I’d pay for just what is active.

But no; the IT old schoolers won out and the shareholders lost out. Isn’t that how it often happens?