The first presenter is Scott Guthrie, executive VP of cloud and enterprise, in a red t-shirt as usual. He wants to talk about a strategy that uses IaaS and PaaS together to give customers the best of breed service. 44 new features and services will be announced in this keynote. 2 new regions in Shanghai and Beijing: 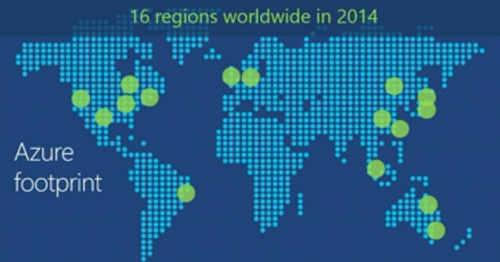 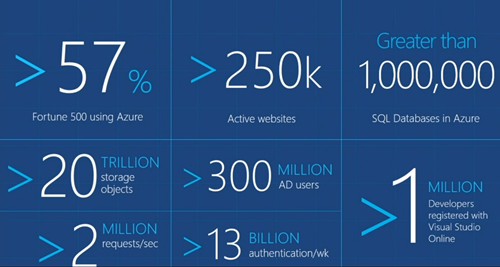 Titanfall was a huge multiplayer game, powered by Azure. The game cannot be played without the cloud. >100,000 Azure VMs powered this thing on launch day. That’s incredible; I’d love to see the virtual network design for that. We get some stuff about NBC using Azure. Tuning out for a while – most people do that with NBC.

Mark Russinovich comes out. He demos Visual Studio to create VMs. Very easy wizard. He then runs PowerShell to create an image from a VM.

He then shows Puppet puppet master from the gallery. Luke Kanies of Puppet Labs. He gives a demo. Looks like it’s doing a lot of the service template concept that you get from SCVMM in the private cloud. Getty Images (huge pro stock library) dude comes out. They’re moving to Azure. They use Puppet for automation & configuration management. Now they can burst from their own data centre into Azure. Azure gives them Puppet labs and support for Windows & Linux VMs.

Guthrie is back out. Also announcing:

Moving on to PaaS. Azure Web Site service is one of the most popular services in Azure. And other PaaS stuff. I tune out.

Looks like the IT pro stuff is done, as am I.