Microsoft has released a KB article for when CPU resources are not allocated correctly for a virtual machine running on Windows 8 Client Hyper-V or Windows Server 2012 Hyper-V.

This article is related to unexpected behaviour with the virtual processor resource control settings of a VM in Hyper-V.  Most people never touch these settings, and probably aren’t even aware of what they do.  My guess is the only people who touch them are maybe hosting companies, and those who want to dedicate processor to SQL Server, Exchange, or SharePoint VMs by reserving 50% or 100% of a logical processor (physical core, or half core with Hyperthreading enabled) capacity to each vCPU in the VM.  That’s probably why this article has appeared now rather than a long time ago. 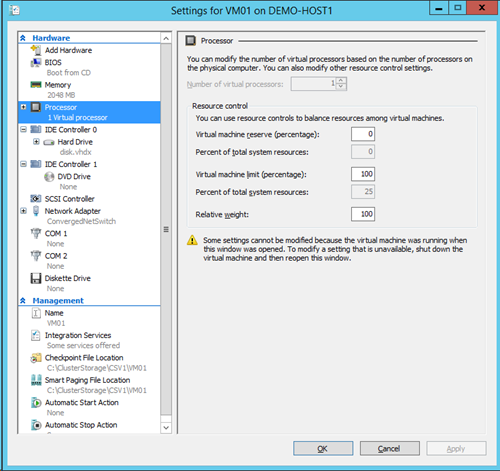 This issue occurs because the hypervisor throttles the resources that are provided to the virtual machine.