I’ve started using MDT 2013 Preview to deploy the physical servers and template VMs in the lab at work.  I’ve never really used this free imaging + task sequence solution for anything other than desktop OSs so this was a first for me.

Note: In a larger environment, you should use System Center 2012 R2 to deploy your servers.  For example VMM 2012 R2 now deploys hosts and Scale-Out File Server clusters (including the nodes).

Using MDT means I can push out customised deployments very quickly.  I have a single WS2012 R2 Datacenter image that I will update with patches from time to time.  I have imported drivers, e.g. Chelsio and LSI, into MDT  to plug and play during deployment.  And I have multiple task sequences for different types of machine.  Each task sequence is configured to add roles/features:

I use WDS for the boot image, so I can run MDT bare metal deployments over the network, initiated by PXE boots.

Over time I’ll probably add some scripts to the MDT deployment share that will enable further customisations during the task sequences, such as configuring NIC teams, setting Jumbo Frames, etc.

If you want to learn more about MDT then I have to recommend Deployment Fundamentals, Vol. 4: Deploying Windows 8 and Office 2013 Using MDT 2012 Update 1 by Johan Arwidmark and Mikael Nystrom.  They’re the best at this stuff.  I bought it to update my own knowledge and to pick up some more on advanced concepts: 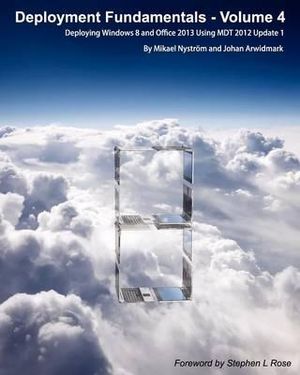 You can get this book on:

Take the time and have a look at what MDT can do for you.  If you have a lab it can be a time saver.  If you’re a consultant, it can be installed in a VM on Windows 8 or 8.1 Client Hyper-V and used on multiple client sites to rapidly provision servers (make sure you use the customer’s volume license product key).  MDT is free and powerful, and that makes it something worthwhile.