I previously wrote about a new feature in Windows Server 2012 R2 Storage Spaces called Write-Back Cache (WBC) and how it improved write performance from a Hyper-V host.  What I didn’t show you was how WBC improved performance from where it counts; how does WBC improve the write-performance of services running inside of a virtual machine?

So, I set up a virtual machine.  It has 3 virtual hard disks: 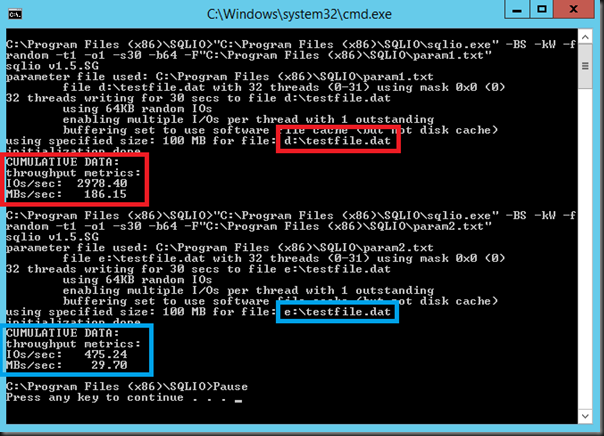 Interestingly, these are better numbers than from the host itself!  The extra layer of virtualization is adding performance in my lab!

Once again, Write-Back Cache has rocked, making the write performance 6.27 times faster.  A few points on this:

I decided to tweak the scripts to get simultaneous testing of both VHDX files/shares/Storage Spaces virtual disks, and fired up performance monitor to view/compare the IOPS of each VHDX file.  The red bar is the optimised D: drive with higher write operations/second, and the green is the lower E: drive. 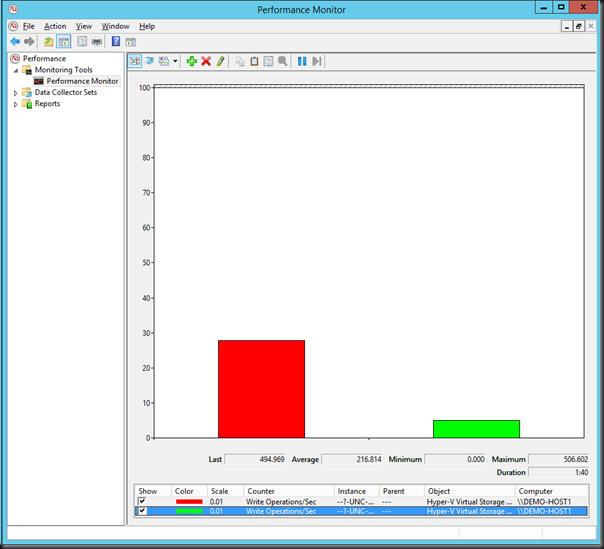 They say a picture paints a thousand words.  Let’s paint 2000 words; here’s the same test but over the length of a 60 second run.  Once again, read is the optimised D: drive and green is the E: drive. 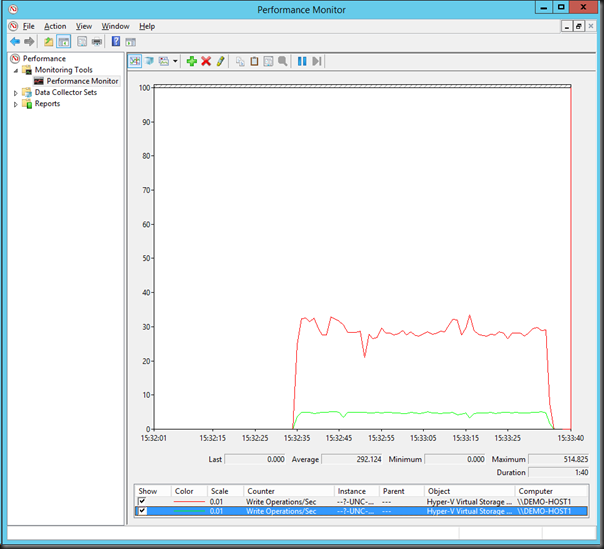 Look what just 5 GB of SSD (yes, expensive enterprise class SSD) can do for your write performance!  That’s going to greatly benefit services when they have brief spikes in write activity – I don’t need countless spinning HDDs to build up IOS for those once an hour/day spikes, gobbling up capacity and power.  A few space/power efficient SSDs with Storage Spaces Write-Back Cache will do a much more efficient job.