Congratulations to Altaro (a very nice group of people to deal with, in my experience) on the release of Altaro Hyper-V Backup 3.5, the newest version of their backup solution for Hyper-V.  It’s nice timing, because I’m also happy to announce that Altaro will continue to be a sponsor of my site. 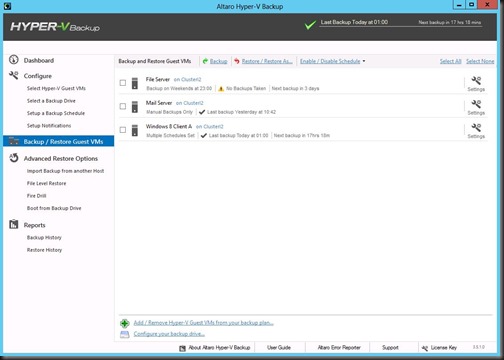 In a press release, Altaro said:

“Windows Server 2012 and the new release of Hyper-V have already been well received by the market and we believe this will lead to a rapid increase in  Microsoft’s share of the Virtualization  space.” commented David Vella, CEO of Altaro.  “We’re  proud  to be the first in the Hyper-V backup space to support Windows Server 2012.”

The new version 3.5 of Altaro Hyper-V Backup is just a breeze to install and operate, the ease and speed of backup & recovery in a Windows Server 2012 cluster is just amazing” commented Hans Vredevoort from Hyper-V.nu. “This is a superbly working backup product!’ 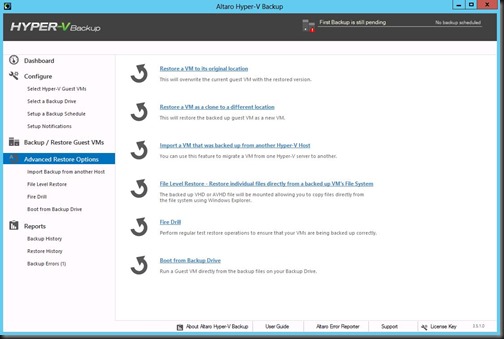 You can learn more about Altaro Hyper-V backup on their site.  Check out the modest pricing, or even the free edition that supports up to 2 VMs. 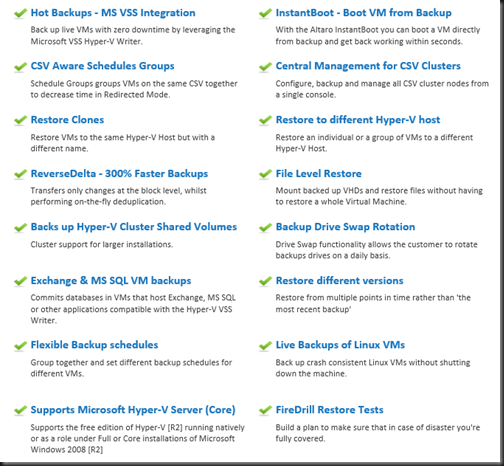