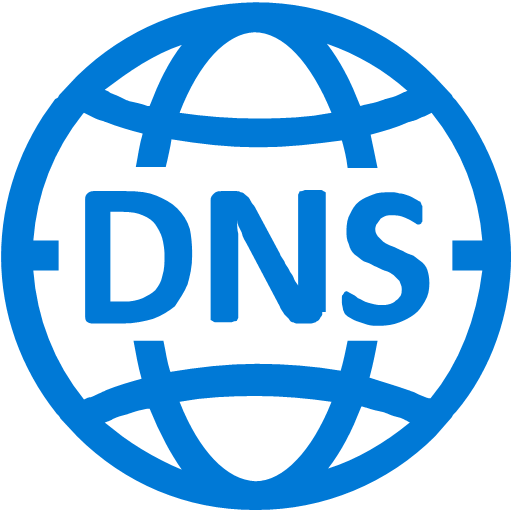 In this post, I will discuss how the DNS features, DNS Servers and DNS Proxy, can be used to enable FQDN-based rules in the Azure Firewall.

Yes – and no. One of the rules types is Application Rules, which control outbound access to services which can be based on a URI (a DNS name) for HTTP/S and SQL (including SQL Server, Azure SQL, etc) services. But this feature is not much use if:

Network rules allow you to control flows in/out from source to destinations on a particular protocol and source/destination port. Originally this was, and out of the box this is, done using IPv4 addresses/CIDRs. But what if I need to have some network-connected service reach out to smtp.office365.com to send an email? What IP address is that? Well, it’s lots of addresses:

And that list of addresses probably changes all of the time – so do you want to manage that in your firewall(s) rules and in the code/configuration of your application? It would be better to use the abtsraction provided by the FQDN.

Network Rules allow you to do this now, but you must first enable DNS in the firewall.

With this feature enabled, the Azure Firewall can support FQDNs in the Network Rules, opening up the possibility of using any of the supported protocol/port combinations, expanding your name-based rules beyond just HTTP/S and SQL.

By default, the Azure Firewall will use Azure DNS. That’s “OK” for traffic that will only ever be outbound and simple. But life is not normally that simple unless you host a relatively simple point solution behind your firewall. In reality:

Before I move on, for the Private Endpoint scenario:

If two different machines attempt to resolve smtp.office365.com they will end up with different IP addresses – as you can see in the below diagram. 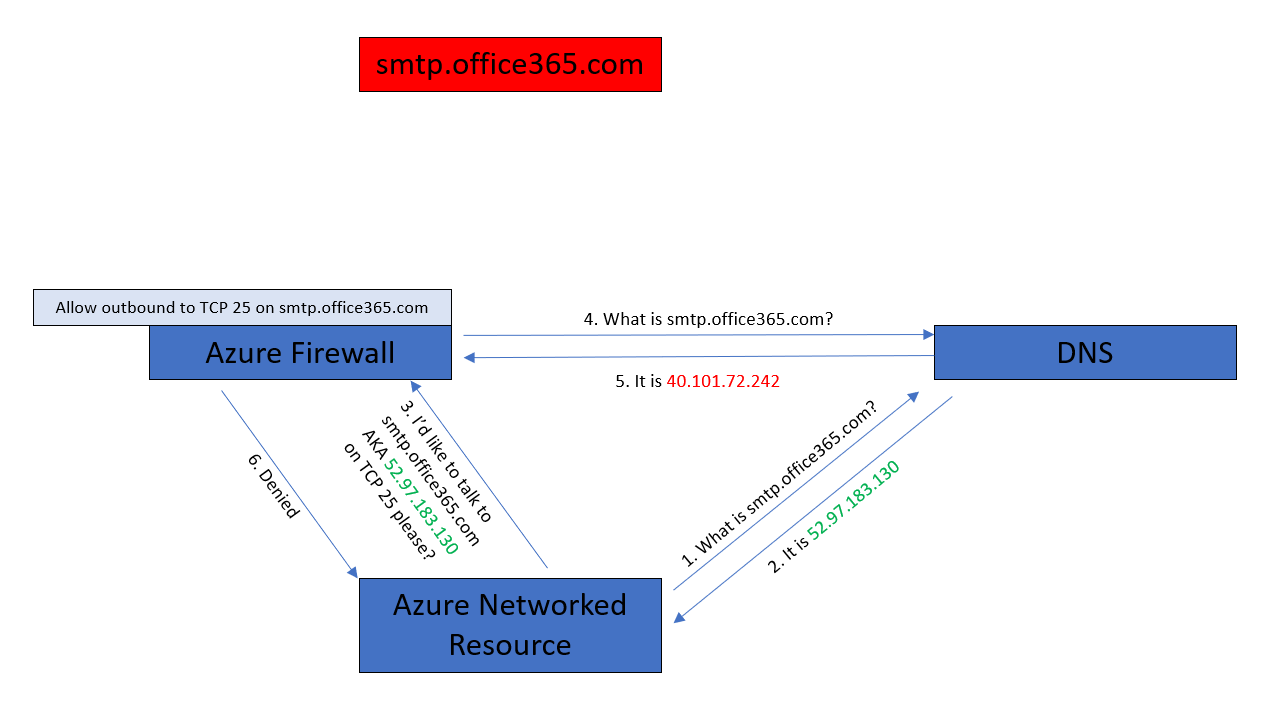 The result is that the client attempts to connect to smtp.office365.com on IP address A, and the firewall is permitting access on IP address B, so the connection attempt is denied.

To overcome this split DNS result (the Firewall and client getting two different resolved IP addresses for the FQDN) we can use DNS Proxy.

The implementation is actually pretty simple:

What happens now? Every time your resource attempts to resolve a DNS FQDN, it will send the request to the Azure Firewall. The Azure Firewall proxies/relays the request to your DNS server(s) and waits for the result which is cached. Now when your resource attempts to reach smtp.office365.com, it will use the IP address that the firewall has already cached. Simples!

And yes, this works perfectly well with Active Directory Domain Controllers running as DNS servers in a VNet or spoke VNet as long as your NSG rules allow the firewall to be a DNS client.