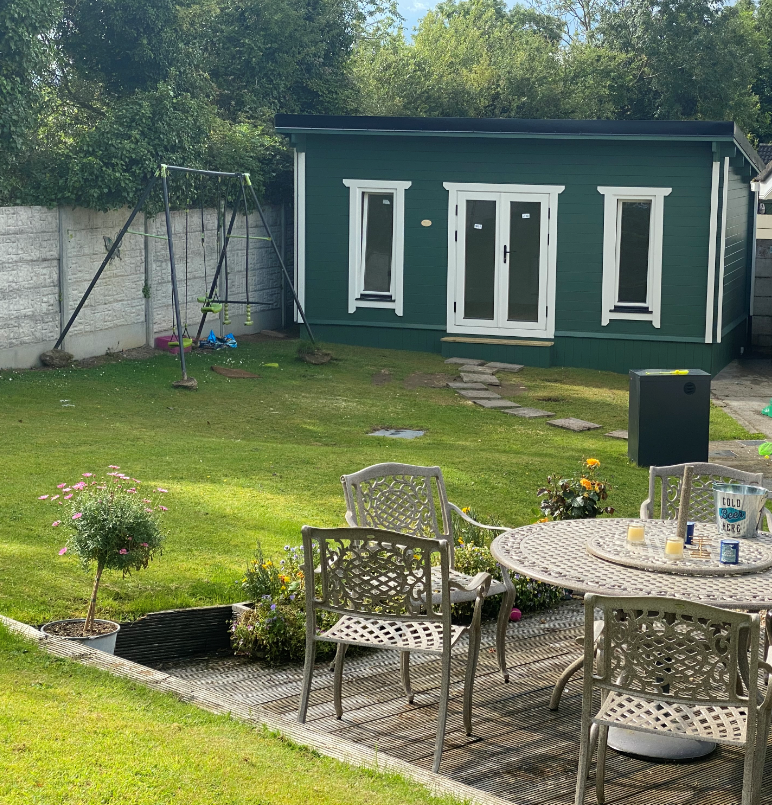 The installation and painting of the Cloud Mechanix global HQ have completed. On a damp day, the painters arrived and started work – sealing the knots in the wood and applying the first coat. We decided to go with a different set of colours to the house; there were two reasons for the decision:

So dark green was used on the outside walls with white for the trims. The interior walls and ceilings are also painted white to give the place a bright feel. The floors have not been painted, but more on that in a moment. The electricians arrived on the first day of painting and installed the electrical components. They didn’t have the ethernet cabling so they had to return a couple of days later to do that work. The painting took 2 full days with 2 painters – that’s without sanding and painting/staining the floor like many would opt to do.

And that brings us to the floor. We decided to install AC4 (hard wearing) laminate flooring – if you don’t know what that is, it’s artificial wood flooring that has the pattern, colour and texture of finished wood without the maintenance. We found a style we like, moor acacia, that is dark to contrast with the interior white, and has a grainy finish like oak. It will pop nicely with the white furnishings. We went to two local suppliers. Both had identical pricing on the supply and similar pricing on the installation. However, one has a month of work queued up and the other has 2 months. We tried an independent installer where we would supply the materials but the price was too high with a non-guaranteed schedule. So we’ll be waiting 1 month to get the floor installed – no, that’s not work for me – trust me, I attempted it once before in a small room that took way too long and didn’t look good after.

I installed the Wi-Fi to the fixed ethernet connection in the office using a spare Linkys mesh unit that I had. It tested well, similar to the same tests in the house, closer to the broadband modem. No; I did not opt to install RJ45 sockets all around the office. Wi-Fi will be reliable (antenna in the office), flexible, and not take away from the appearance of the interior. Not to mention that many things expect Wi-Fi connections these days anyway!

I also shopped online for furniture. I know what I want – most of it is from Ikea – but the best delivery I could get from them was 5-6 weeks!!! So the whole floor thing won’t impact us anyway. The only real decision I have not made is what to do with the office chairs. I know many of you will recommend Secret Labs but their delivery times are widely mocked.

As you can see in the photo, there are a few other works to be done:

Some of the garden work will happen this week because I’ve taken some time off from work. Other than that, it will be a while before there are any updates on this project. There is one other thing to share: 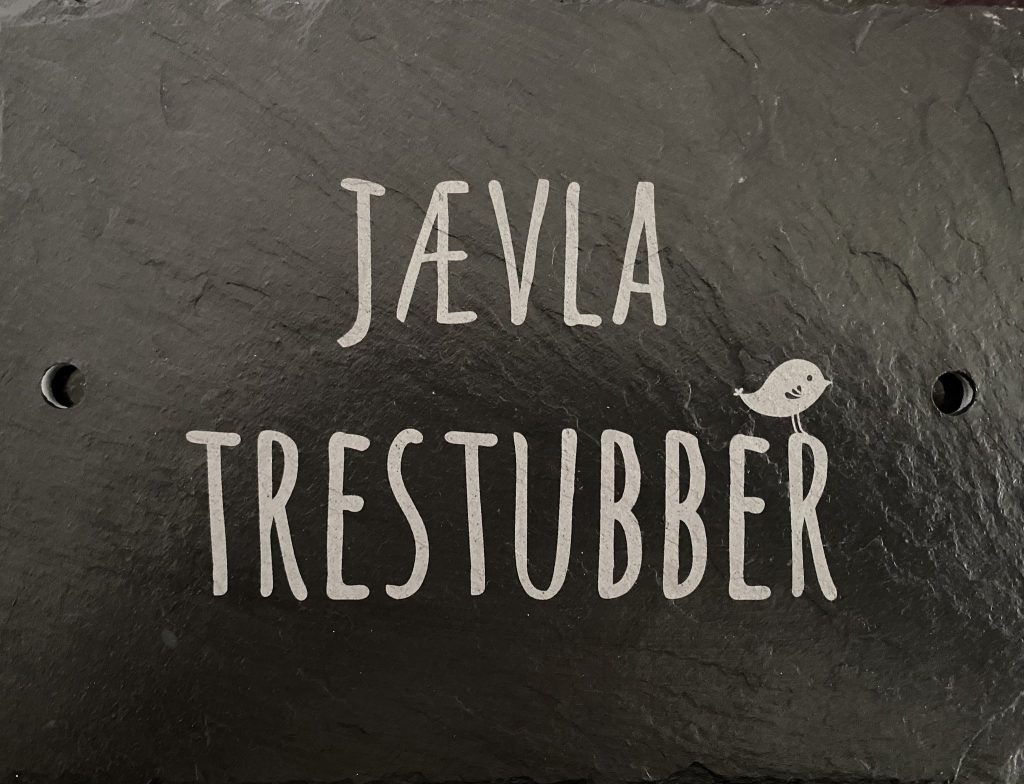 The above slate sign arrived in the post today. It was a present from my wife to hang on/in the office. It’s written in Norwegian (I work for Innofactor Norway) and explicitly refers to the 3 x tree stumps that had to be dug up by hand to clear space for the office.