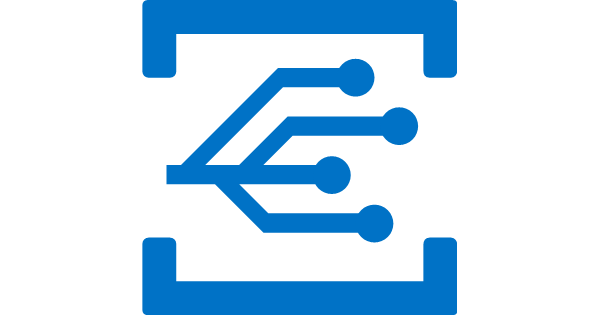 We used to build applications on-premises. Find h/w, find someone to set it up, and then the bits, networking, etc. Counter to productivity.

IaaS meant that a VM could be provisioned faster, but still left with some delays, and still required on-going management. The current wave of SaaS is probably mostly built on IaaS.

Along came PaaS. VMs were abstracted, hiding the on-going management of the VM and guest OS. But we still have the same per-VM paradigm.

Serverless ideally reduces infrastructure to zero. There is really a server, but it’s not yours and there’s no hint of it. The app still has to run on something, but you never acknowledge its existence.

Your business can sell a service, consume data, seize an opportunity quicker than ever with serverless. 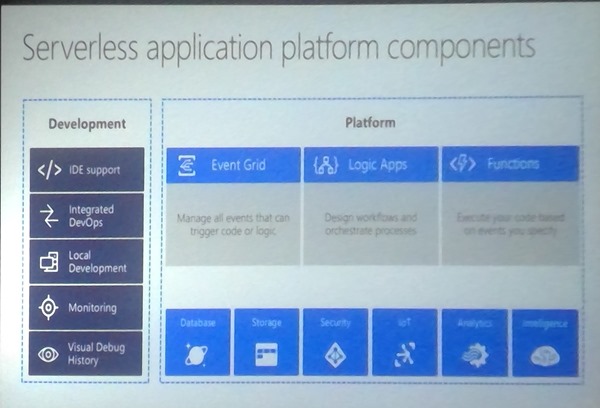 In the Logic Apps Designer. Looks like Flow. When an event occurs to a storage account and is sent in from Event Grid, a post is sent to Teams. The body of the message is dumped into Teams, which is ugly JSON. They want to parse the JSON before posting it. A function is written in JavaScript. The function will do the required parsing of the JSON and create human-friendly output.

He adds an action between the two existing actions in the logic app designer. This will trigger the Function. The Function is passed the body of the JSON. The Function will return a response, and that is used as an input to the Teams action. That input is given a condition. If verbosity = ignore then the Teams action can be bypassed.

Now he deletes a storage account and Event Grid starts the logic app. He traces the logic app in the Portal job history – the trace shows that Team received the message from Logic Apps. After some debugging, the formatted event appeared in Teams. Quite a bit was accomplished in that process without a VM and with very little JavaScript.

Short: Anything that is based on events. 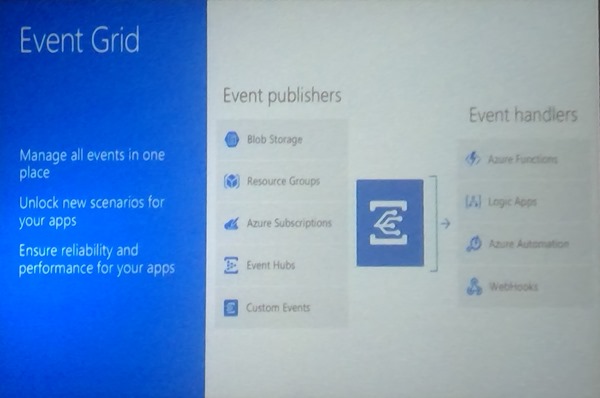 The list of services will grow – it’s only been in preview for a month and a half at this point.

It delivers at massive scale:

An evolution of WebJobs from PaaS.

Four volunteers go on stage. There are two IoT buttons. When they are pressed, they’ll send a message to Azure IoT, and will trigger Functions. Fastest to answer questions get most points, last gets least points. And then questions on Serverless tech come up. The scores are processed by Serverless compute using Functions. In this case, the functions were actually running on a local host (WS2016).

2 thoughts on “Overview of the Microsoft Azure Serverless Platform”