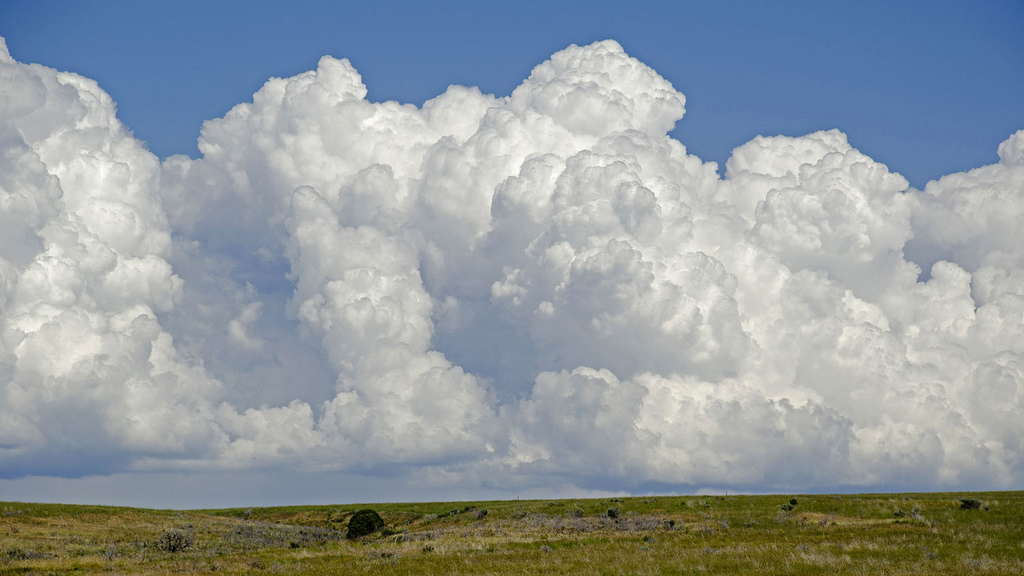 Scott Guthrie is presenting on Azure and server solutions.

Defining aspect: ability to release new features at scales and speed that were never possible before, e.g. IoT. Lots of cool stuff, but it’s often overwhelming. Expectations by employers is super-high. There’s worries about hackers/security, while trying to become/stay an expert. Having lots of features is not enough – it has to enable you to use it. There needs to be a cross-cloud end-to-end experience, that is hybrid, intelligent, and trusted.

90% of Fortune 500 companies use Microsoft Cloud. A video comes up with Mars. Their SAP installation and 150 other workloads are on Azure, growing to over 500 in the next year. Next Games can produce game content faster on Azure with support they don’t get elsewhere. GEICO have all the capacity they ever need from Azure.

Back to Scott to talk about end-end management. Corey Sanders comes out.

He wants to show how easy Azure is in is integrated management demo. He starts on infrastructure. He says there’s lots of scale out there, including the 128 vCPU M-Series machine with 3.8 TB RAM with nested virtualization. He’s doing “inception mode” virtualization. Next there’s Powershell in the Azure Portal, in preview today. That gets an applause. You can also use this in the mobile app (Android and iPhone). He says you can create a VM with 1 parameter (machine name) … must be storing all the other config somehow. The –whatif flag is useful now.

He’s got a VM running. There’s new stuff in the Operations section in the VM blade. Update Management shows updates that have been installed or need to be installed in the guest OS. You can schedule, include/exclude updates. You also have a centralized view of Linux and Windows machines guest OS updates. This can also be used with on-premises updates – Azure Automation hybrid workers.

Change tracking is there for file, registry, settings changes on machines or the entire environment, Windows or Linux.

Log Analytics is now built into the Azure Portal instead of some mysterious OMS portal. He shows a SQL-style query to produce a CPU utilization chart. He then expands that to show IIS requests VS CPU utilization for a SharePoint farm.

HSBC is using Azure – one of the 10 largest banks. Another video plays. They had a shared platform for 150 sites that aged and couldn’t scale. They adopted Azure and the previous limitations aren’t there anymore – 10x expansion of used resources versus legacy. Overtime is down and staff more relaxed.

An exciting time to be a developer with apps, bots, mixed reality, and more. Visual Studio 2017 with .NET Core 2.0 work best with Azure. Xamarin is built into Visual Studio for Android and iOS clients.

He shouts his excitement coming out. Lots of templates for ASP.NET Core backends and mobile apps. He demos debug in VS while the app is “simulated” on a real iPhone. VS updates to show the code running. He also shows live code updates. He updates code in VS, and the screen changes on the iPhone over local wifi.

There’s Docker integration for backend systems – one click required to create a Docker image. Now when he debugs the code, VS spins up a container and deploys the app into the container. The Docker image is portable – it’s a simple publish to Azure (Compose and File for Docker were automatically created). When he clicks publish, VS pushes it into the Azure container registry to create an App Service.

UPS use .NET Core, Xamarin and Azure: video. On to the DevOps topic. Visual Studio Team Services makes it easier to set up a DevOps model.

Shipping code frequently requires adoption of DevOps best practices. He shows a VSTS dashboard with schedule, bug, and review tasks for the day. Bugs, tasks, and code in one place, in priority order. One board shows status of what everyone is doing. Git usage means there’s lots of branches. You can associate a branch with a work item in VSTS. A pool request brings branches together. This can be done via a social network. VSTS integrates the dev and the IT Pro via Azure. Continuous delivery in Web Apps allows code to be easily deployed into the service, supporting lots of languages (incl Ruby and Python) on Windows or Linux app services.

He returns to talk about the Microsoft unique selling point: a complete hybrid cloud: AD, services, data and security. Azure Stack started shipping today – the same management API, portal, and developer services as in Azure but running in your site. Ships, factories, regulatory requirements are some scenarios.

EY is using Azure. They use Azure Stack for storing some sensitive stuff in some countries, e.g. Russia. Video comes up. Super easy to use and 100% consistent with Azure.

From the Azure Stack team. Good ol’ Northwind Traders is using Azure Stack *cough*. Azure is used to consume data from ships worldwide. On the ships, Azure Stack is being used. Functions are being used to parse data on the ship before sending it to Azure. A VS demo. She deploys using VS to Azure Stack.

Azure Stack is shipping from Dell, Lenovo, and HPE, and you can order from Cisco. You can deploy Azure anywhere in a matter of hours. Dealing with data in hybrid or pure cloud can be complex. Azure allows consistent use of SQL Server. SQL Server 2017 runs on Windows, Linux, and Docker – available Oct 2. A new adaptive query processing system for faster-than-ever queries. Built-in AI functionality is there too. A financial services startup called dv01 decided to switch to SQL Server – video. This was controversial because they are an open-source shop. Queries went from 10s of seconds to seconds.

She has a Mac on stage. She pulls the latest SQL image via Docker and deploys it in about 2-3 seconds. It supports PHP, Phython, Ruby, etc. A Node.JS program is used to test client connectivity. A table with 5 million rows is created. An app is used to test performance of queries – 231 MS. She enables a “clustered column store index”, a feature unique to SQL Server. It orders data storage on disk and enables better compression. Performance is now 6 milliseconds (39x faster).  Today lots of features are being added to every edition, including SQL Server Express.

We’re losing the audience at this point – people starting to leave. I guess the PaaS focus is losing people who came looking for IaaS content.

Lara shows an app that connects to 2 local SQL 2008 R2 databases. She is using the Azure Database Migration Service. She enters the name of the target and details of the source: Oracle, MySQL, or supported SQL Server. The databases “restore” to Azure. This can be small databases or multi-TB databases. The databases are now running in the cloud. In the app code, the connection string is changed to the Azure Managed Instance DB. The app is refreshed in Edge and we see that it’s working and connecting to Azure SQL DB Managed Instance.

This is a managed PaaS SQL service – no VMs, no OS, no machine performance management, no patching, no upgrades.

Cosmos DB is a globally distributed database with 1 MS latency, giving lightning performance no matter where users are (except China, thanks to the Great Firewall of China). It can scale to any need. You can run serverless code in Functions in response to data change in Cosmos DB. Asos is using this: video.

Comes out to talk about Cosmos DB. She talks about the requirements of a planet scale app.

The trickle of departures is a steady flow now. They’ve lost a chunk of the audience who are here for other content.

Creating Cosmos DB instances is easy in the Azure Portal: name, resource group, etc. You can pick an API, e.g. SQL, Mongo, Gremlin (graph), and Table. You click create, and you have a globally distributed database. She already has a demo DB that she visualizes as a graph of all the nodes – in 10 regions. She can easily add more nodes (regions) by selecting them on a map and clicking save. Data is replicated to those regions and those nodes go live: global distribution turnkey capability.

Azure Machine Learning is next. You can build your own algorithms. Workbench is a Windows/Mac client for AI engineering.

That flow is now a river. I suspect the grumbling about lack of on-prem content will be very loud this week. There’s almost no Windows Server/System Center content this week.

There’s a broad ecosystem of AI services. You can integrate with Docker for Azure, on-premises and edge devices AI.

A company called Jabil is using AI in their circuit board manufacturing process. Pictures are taken of boards for humans to ID errors. They have a couple of seconds for each image. AI can analyze the pictures to do the pass/fail checks, and speed up manufacturing and reduce errors.

Azure Machine Workbench (AML) is a set of tools with a GUI and command line support for building a model, training it, and deploying it.

A collection of photos is stored. Results of the tests are stored: pass or fail. This is training. This is synthesized as a program. A Jupyter workbook is open to develop a model’s code. the data preparation from earlier is used. The code is running on an ND-Series VM in Azure. It runs and can analyse individual photos in debug mode.

The model is packaged up into a container for Docker deployment to Azure, or anywhere that supports Docker containers. Images are sent to the container and results are immediate.

Azure has more compliance than any other cloud today. Azure Security Center is getting more features this week. Hybrid threat detection and issue remediation.

We’ve lost around half the huge room at this time.

Best practices recommendation is shown. She clicks a recommendation to see details. You can limit remote access to VMs. Security Center JIT VM Access is shown. Advanced analytics (Machine Learning) are used to monitor your security. A new investigation experience is introduced today. A brute-force RDP attack has given an attacker access to a machine. We can see that a user has added themselves as an administrator. There’s a sign-in from a remote location – a suspected RDP compromise. The account then logged into another machine and ran a suspicious process – probably malware or a hacking tool.

Azure Security Center can now analyse things outside of Azure. No more details on that – I wonder if it’s Log Analytics.

This is based on the CloudDyn acquisition – built-in free into Azure. It goes live later today. Long story short: you can analyse Azure spending.

Reserved Instances VMs are coming (back) to Azure.

And that was that.