It appears, judging by Twitter, that lots of people haven’t been following my tweets or reading the stories by Mary Jo Foley and Paul Thurrott. So let’s clear up what is happening in the upcoming updates.

On April 8th, via Windows Update, you will be receiving updates to:

These updates (6 in the package) will both prepare and update the UI of the OS. These updates are small UI changes to help non-touch users get a better experience. Instead of me wasting bandwidth, go read the comprehensive review by Paul Thurrott.

A less mentioned change is that this update will change how enterprise sideloading works. This feature allows you to push apps by bypassing the official Microsoft app store. I haven’t seen the specifics that I’ve been briefed on printed in the public so I won’t say much more, other than, it’s a great news story with cost reductions.

The big changes are coming in the next version of Windows in 2015. These include the return of the Start MENU and the ability to run Universal Windows Apps in windows on the desktop. 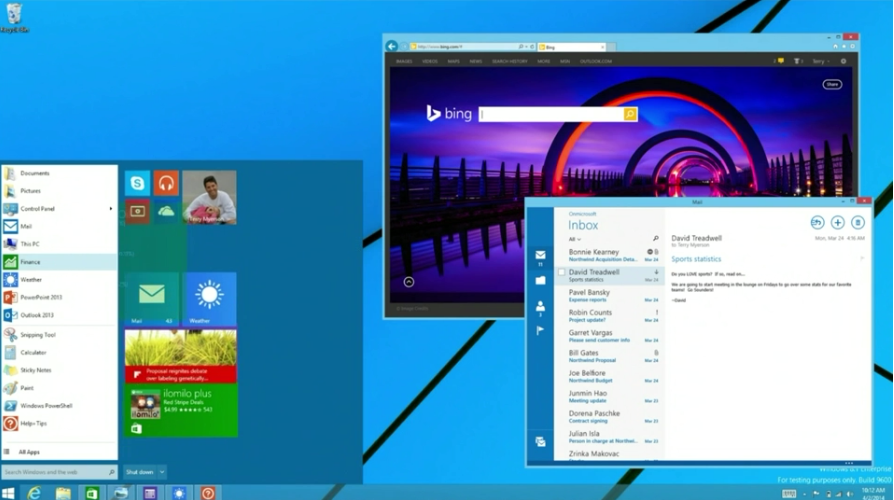 What we know about licensing is that:

Both of these moves are to encourage OEMs to produce using Windows and to give you cost-competitive devices.

Nothing else is known. However, I continue to advise buying Software Assurance (in the biz) via EA (enterprise) or OVS (small/medium biz) for at least:

Will The UI Updates Be Back-Ported To Windows 8 or Windows Server 2012?

Does any software business do this? You see Apple doing this? Does Google do this for Android? No.

Pay attention to licensing experts next time around, and get that Software Assurance if you don’t want to be left behind. Feeling screwed? Pity, because you probably screwed yourself by locking yourself into a single version of software.

4 thoughts on “Clarifying The Updates Coming To The Windows UI”