Deduplication was added in WS2012. Microsoft says that you might achieve 80-95% optimization by using dedupe on volumes that are used for virtualization libraries. The benefits could be huge in a real world deployment. Consider a cloud where you’ll have WS2008 R2, WS2012, and WS2012 VHDX images. Each might have the last 1-3 builds with varying patch levels. For each version you might have one that includes specializations for different purposes. That’s a lot of wasted space when you consider that it’s empty blocks (fixed VHDX) and redundant storage of the same core OS over and over and over and over.  Deduplication of the file system could save you a lot of money.

Dedupe is easy to install in Server Manager: 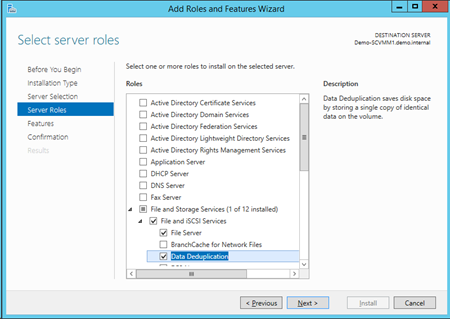 I always place the VMM library on a non-OS drive such as the D: drive. I will enable deduplication on that volume in Server Manager: 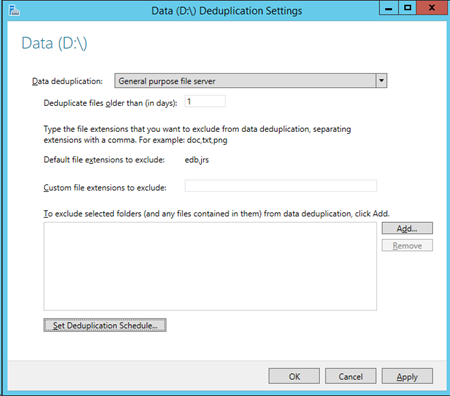 Then during setup of SCVMM I will configure VMM to use that drive to store the library share: 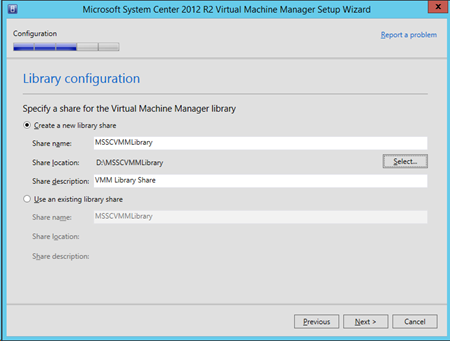 MVP Stanislav Zhelyazkov (@StanZhelyazkov) reported that the above optimization will prevent you from leveraging ODX to speed up the copy of VHDX files from the library to hosts if they are on the same ODX enabled storage.

Another System Center MVP, Flemming Riis (@FlemmingRiis) also knows of other issues that VMM will have.