Yup, that’s what Jeff Woolsey (overall PM for Hyper-V) said in the launch videos.  We can now have up to 8,000 virtual machines in a Windows Server 2012 Hyper-V cluster.  That’s double the 4,000 that was previously announced for the RC release.  I guess the clustering group got some new toys to play with

What will VMware think of this?

Rumour was that up to a month or two ago, VMware’s field offices were ignoring WS2012 Hyper-V.  I guess VMware’s people look something like this picture this afternoon:

VMware choking on their own FUD

Hey Tad Eric Grey, did you see 120 virtual machines live migrate at the same time?  Wow, but you think 8 VMs is enough.  How long do you think it’d take to put a vSphere 5.1 host with 1TB RAM into maintenance?  In a real Fortune 500 data center, I’d guess they’d be using big fast Infiniband networking.  8 vMotions at a time over that might take a while, eh?  But who’d want that?  IT from the year 2000 should suffice. 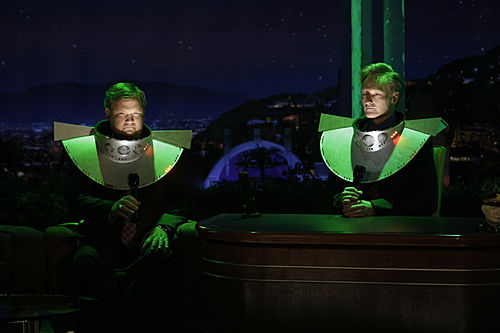 I’d hate to be the short sighted fool to blog today that Windows Server 2012 Hyper-V was only fit for SMEs.

I’m having way too much fun with this.  What a nerd!