Satya Nadella opens things up, President, Server and Tools Business.  This will be a BIG event for his group: Windows Server 2012 and System Center 2012.

With each generation of computing (client/server onwards) there has been an increase in agility/flexibility and value.  That’s what this keynote is all about.  This will manifest in a new era, a new operating system.

Primary roles of the OS

Moore’s law still applies, even if it is different than expected: more cores rather than faster threads.  Storage needs to keep up with compute speed.  IOPS is the key: faster disk (SSD) and more spindles (cheap scalable disk).

99% of tier 1 SQL workloads can be virtualised with the new VM maximums of Hyper-V: 1 TB RAM and 64 vCPUs. 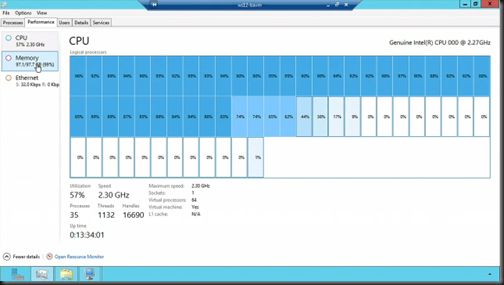 Now an ODX demo.  10 TB file is copied from one machine to another.  30-40% CPU utilisation and fully saturated Ethernet.  With ODX enabled, the same file copy.  1 GigaBYTE/second.  Takes 10 seconds to copy this file, with offloaded data transfer on an EMC SAN.  No network utilisation. 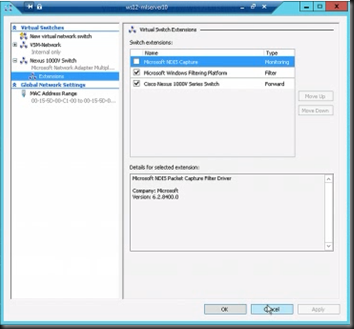 On to automation for reducing costs and increasing quality.  Over 2400 PowerShell cmdlets.  Demo will use POSH to enable Hyper-V Replica.  He’s using Orchestrator to power up the VMs in the other site, as I’ve been talking about at events here in Ireland.  All the dependencies can be modelled with VMs powering up in order.

“We wanted it so easy to deploy virtual machines that even your boss could do it” – on Azure Virtual Machine portal.

System Center 2012 App Controller (likely SP1 or vNext) will be used to upload a VM from the private cloud to Azure.  A VM’s VHDs have been stored in a library.  The migrate action can upload the VM to Azure.  You can configure the instance during this wizard.  In this example, the VM has 2 VHDs, and both are migrated up. 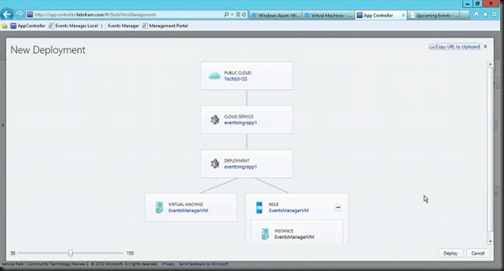 Using a tool called CloudXplorer, he downloads the VHDs of a VM to a private cloud Hyper-V host.  A new VM can be built from these VHDs.

On to the dev stuff … I’ll skip that.