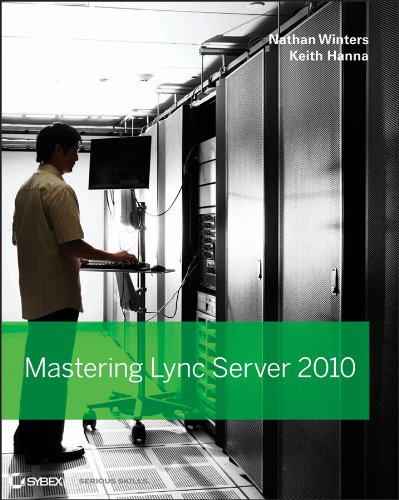 I am not the person to approach if you have questions on Exchange Server or Lync Server.  But Nathan Winters is.  Nathan was an Exchange MVP until he “went blue” (had his firmware changed [some say upgraded] by Redmond) and has been doing large deployments of Exchange and OCS for years in the UK.  And it is good news for those wanting to learn Lync Server 2010 that Nathan is currently slaving away on writing Mastering Lync Server 2010 – in fact I believe the writing phase is nearly over and RTM will be before the end of the year (if not much sooner).  Both authors (and the tech reviewer too AFAIK) are insiders and you can be sure that this read will be as accurate and informative as it can get.  And who knows – the Core CAL Suite will include Lync licensing from August 2011 which makes this communications tool, that can eliminate travel and make home working possible, even more economic.