It’s been a few months since I bought an iPhone 4.  I’ve been using it more than any phone I’ve ever used before, not as a phone but as a smartphone.

The feature I’m using the most is that of media playback.  Through iTunes, I’m downloading subscriptions to podcasts.  I’ve got 3 subscriptions at the moment.  Two of them are photography podcasts and the third is the BBC Wildlife monthly recording.  They come in handy when I’m sitting on the train, lying in bed, etc.  I’m even listening to them in the car thanks to a FM transmitter dongle which transmits the iPod player to the FM radio in my car.  That beats listening to the endless moaning or Cowell-music on the radio.  There is a huge and ever growing library of podcasts and they’ll keep me entertained and educated for a very long time.

Games have been entertaining too.  Angry Birds is a must have for any iDevice owner.  It’s a simple game, and it’s addictive.  I’ve tried a free sniper game where you move the rifle by moving the phone.  That’s pretty cool.  And I’ve downloaded a trial for a Star Wars first-person-shooter.  The controls for it are very fiddly but the graphics are impressive.  I never would have thought that a phone could provide better game graphics than PCs of 15 years ago.

I’ve found the map feature to be pretty handy.  In the car, I stick to my Garmin GPS.  But if I’m walking to somewhere that I don’t know, the Google map (once I allow for the usual Google map mistakes) gets me to where I need to go while tracking my position.  I’ve even used the “locate me” feature while on the train to map a location that I want to walk to as a prospect for wildlife photography.

Speaking of which, regulars will know I am into photography, in particular, wildlife photography.  That requires endless hours of waiting around for a few seconds of an animal or bird sighting when you try to capture a good photo.  That waiting can be difficult.  I turned to the iPhone recently while out in the snow waiting for a Fox to cross my lens.  The Twitter, Facebook, and Flickr apps kept me entertained, and I did some surfing on the excellent Safari browser … it does suck that Flash isn’t approved of by Apple.

And that brings me to the camera.  I own one DLSR.  When I’m out doing wildlife, it’s paired up with a big lens which isn’t suitable for landscapes.  During last week’s snow, I used the camera to take a few landscapes.  It’s got a tiny sensor which means that it is susceptible to digital noise (detail and colour grain) even at very low ISO (quality control for shutter speed).  That won’t matter to most people but it will do serious shooters.  I’ve taken images into Photoshop and cleaned then up (using the Imagenomic plugin). 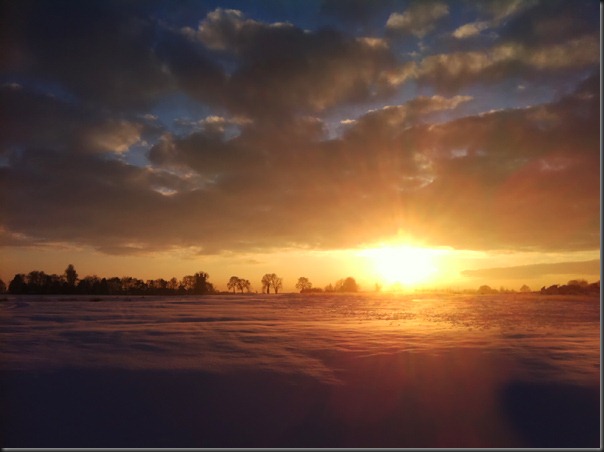 It’s not a bad device for showing people photos.  I keep a folder of my favourite images on my laptop and I sync that to the phone using iTunes.  Now when I’m chatting with someone (usually in the nature or photography world) I can quickly show them an image that I’ve taken.

Combined with the free Flickr or Facebook apps, I can easily take an image I’ve taken (still in the camera roll) and upload it to the net.  I rarely do that seeing as I like to post-process in Photoshop (all digital photography requires digital processing, just like all film photography requires lab processing) but I can if I want.

Thanks to the VLC app, I’ve even been watching movies on my phone.  I know – it’s a tiny screen.  But I’d rather carry a phone in my pocket while commuting on the train than a laptop bag over my shoulder.

Other utility apps prove useful.  One of the things I’ve found annoying while travelling was getting an idea of what something was going to really cost me after the exchange rate conversion.  I’ve no got an app from xe.com to tell me just that.  Now when I’m standing in a store in the USA or Norway, I can quickly convert and decide if I should buy or not.

I started wondering about where phones can go in the future.  The big leap we’ve seen was the OS becoming more interactive and the content going from stale (see Symbian) to rich (see Android and iPhone, not sure about WP7 yet).  I wonder if the next big challenge is integration into the other devices in our lives.  We’ve started using smartphones more for email, web browsing, consuming content, and using apps.  You might argue that we use them as much, if not more, than our PCs; we just use them differently.  Apple has made the first attempt with integration into some type of Apple TV.  I think the latest iOS update gave us wifi printing.  That’s a start but I want more.  I do the odd presentation here and there.  I’d love to integrate my phone with a projector.  Given some time, I think there’s loads of things we could think up.

I watched a BBC News show back in the Summer that talked about the “undiscovered country” when it comes to smartphones.  Smartphones are not suitable for older people at the moment.  Whether it is small graphics (short sight) or tiny “buttons” (arthritic hands), the show reported that older people were sticking to the older mobile phones because they were easier to use.  Maybe the 7 inch tablet will give the older generation something that they can use … but the OS will need to be lower resolution than for younger people so that the controls are larger.

Anyway, I’m hooked on iPhonics at the moment.  I could be sitting at home, watching a TV show on my laptop and I reach to my phone to check up on Facebook or Twitter.  I might use Safari to refresh the news sites to see what’s happening in the world.  My content consumption has definitely changed.