The big news of the last few days was the announcement that the next version of “Windows Server and System Center” won’t be released until 2016. This is quite disappointing.

Things have quietened down after the Windows 10 and HoloLens news, and Azure is back to dominating this post.

If you’ve just emerged from a cave or from under a rock, then you might like to read about Windows 10 and HoloLens. It’s been amazing to see how in “90 minutes”, the image of Microsoft has done a 180 degree turnaround. The carefully orchestrated and timed announcements on Wednesday were very effective.

I am attempting to live blog this event. Hit refresh to see more.

It took me some time to get on the stream. Terry Myerson is talking stuff about things. Just get to the main course already. No one likes dry lettuce. 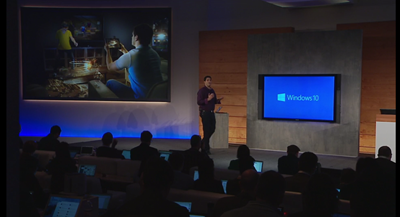 He goes on to talk about developers, helping them find their next billion customers with Windows 10. Customers are spread across many versions. This fragmentation makes it challenging to develop for them. Microsoft has developed heavily.

And I gave up. The stream died. Twitter is all a chatter with the abject failure of this stream.

Must do much better, Microsoft. And fire whomever is responsible for this catastrophe.

After 30 more minutes, Joe “Hair” Belfiore is wasting valauable time talking about the Cortana, a feature that only works for a tiny percentage of the world’s population. It’s a waste of time, developers, and program managers.

In the meantime, I saw that Windows 10 will have free upgrades from Windows 8.1 and Windows 7. Excellent news. 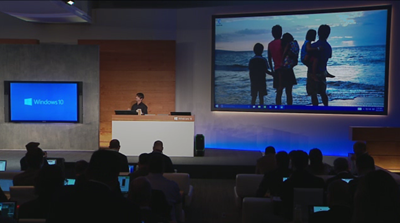 Now on to Windows Phone. It doesn’t look different to 8.1 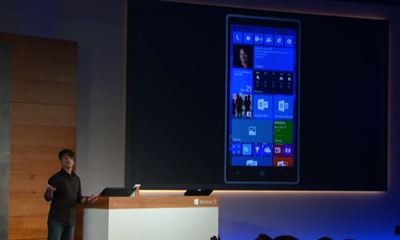 He shows the flow keyboard, Yawn, Then on to messaging. Third party messaging apps (IP from telecoms or Skype) can be integrated into  the OS tool.

Universal apps now. This is a critical subject to get apps running across all Windows devices of all kinds, hopefully getting devs to write more for Windows.

Touch-first Word, Excel, and PowerPoint will be included on Windows Phone and “small” tablets. You should get a full fidelity document experience with these versions of Office. 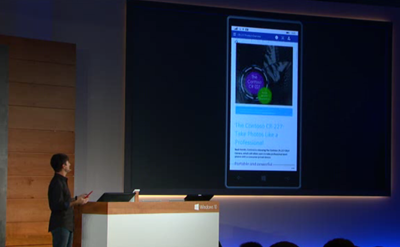 Recent Documents will roam from device to device. Useful.  He allegedly runs a PowerPoint deck from the phone to the big screen. Hmmm … no he wasn’t doing it wirelessly (admits he used a cable).

There will be a universal app version of the Outlook app for PC, tablet, and phone. He shows this now. Editing an email uses the full Word engine.

Calendar on Windows Phone has colour!!!! Wooo! Photos needed fixing badly. New universal app there too for PC and phone (and tablet – get the message about universal apps?). The Photos app will aggregate photos from OneDrive and local device. The collection view removes duplicates from the view. Auto-enhance will be turned on by default to present the images with more colour, etc. They auto-create collections and create a hero image. You can share this album – it’s in the cloud.

In 1-2 months, you can store your music in OneDrive. Playlists will sync between all devices.

Now onto the last app. Here comes Project Spartan, a new web browser. This is not the IE of the past. There is a new rendering engine. Three new features to make you more productive:

Spartan will be on PC in later builds, and phone later again. It is a universal app for all devices. 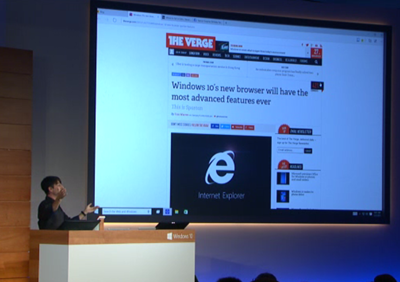 That’s the end of the hair for now.

Phil Spencer comes to talk about entertainment and gaming on Windows 10. He’s the head of Xbox. Cool stuff!  There will be an Xbox app on Windows 10.  It’s a social networking app from what I can see.

Windows 10 is coming to Xbox One. This is great news for devs who want to bring their apps to the TV. But … gaming will remain the center of attention for Xbox One.

A new build of Windows 10 for the PC is coming in a week. And then to Windows Phone in February.

Now they show off the new Microsoft Surface Hub (the 4K 84” TV with integrated compute). It detected the demo person when she came in. It has cameras, NFC, and all that jazz. There’s lots of software features to get meetings working, and to share content after the meeting (think of it as automated minutes). And it’s Windows 10. 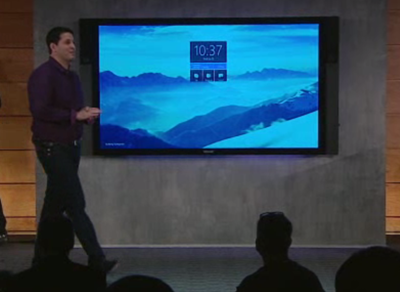 Windows Holographic is presented via a video. It appears to be one of those concepts that will not appear. MSFT used to make these videos all the time. It’s based on some glasses that super-impose images on the real world. Great concept. Not unimaginable because there are phone apps that do this sort of thing. 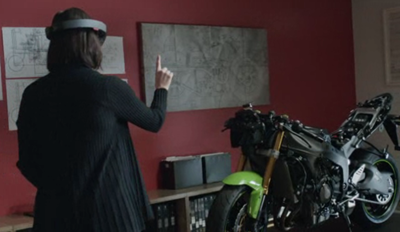 Holographic APIs are in Windows 10 on all devices. 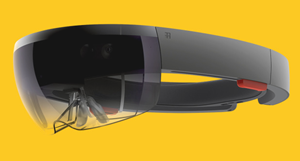 Project HoloLens’ key achievement—realistic holograms—works by tricking your brain into seeing light as matter. “Ultimately, you know, you perceive the world because of light,”

They do some live demos. This stuff is amazing looking. We see a person pointing at mid-air, but we also see her view of stuff that’s imposed on her view of the world by the glasses.

Satya Nadella comes out to talk about Windows 10 and HoloLens. 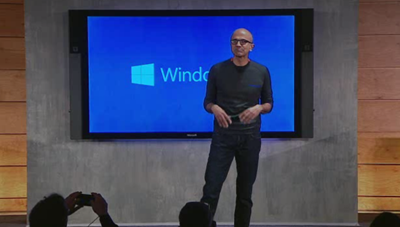 They want people to move from needing Windows, to wanting Windows, to loving Windows. They’re being very realistic about the position that Ballmer has navigated the company to. Service, mobility, and cross-platform are Satya’s new mantra for 2015.

He says “Windows as a service”. Customers will get a continuous stream of innovation. There will be a focus on mobility of experiences – enabled by one OS. Windows will continue to be the best place for Microsoft experiences. But MSFT will have services everywhere.

Myerson is back out. The media will get to try NASA mars explorer, Skype and Minecraft on HoloLens. He also says “Windows as a Service”.

Here is a blog post by Terry Myerson summarizing the announcements.

Welcome to the “Happy New Year 2015” edition of my Microsoft News posts. I hope you have a nice time off from work – it FLEW by for me; I could do with a holiday to recover from my holiday.

Here’s the news from over the past week or so: