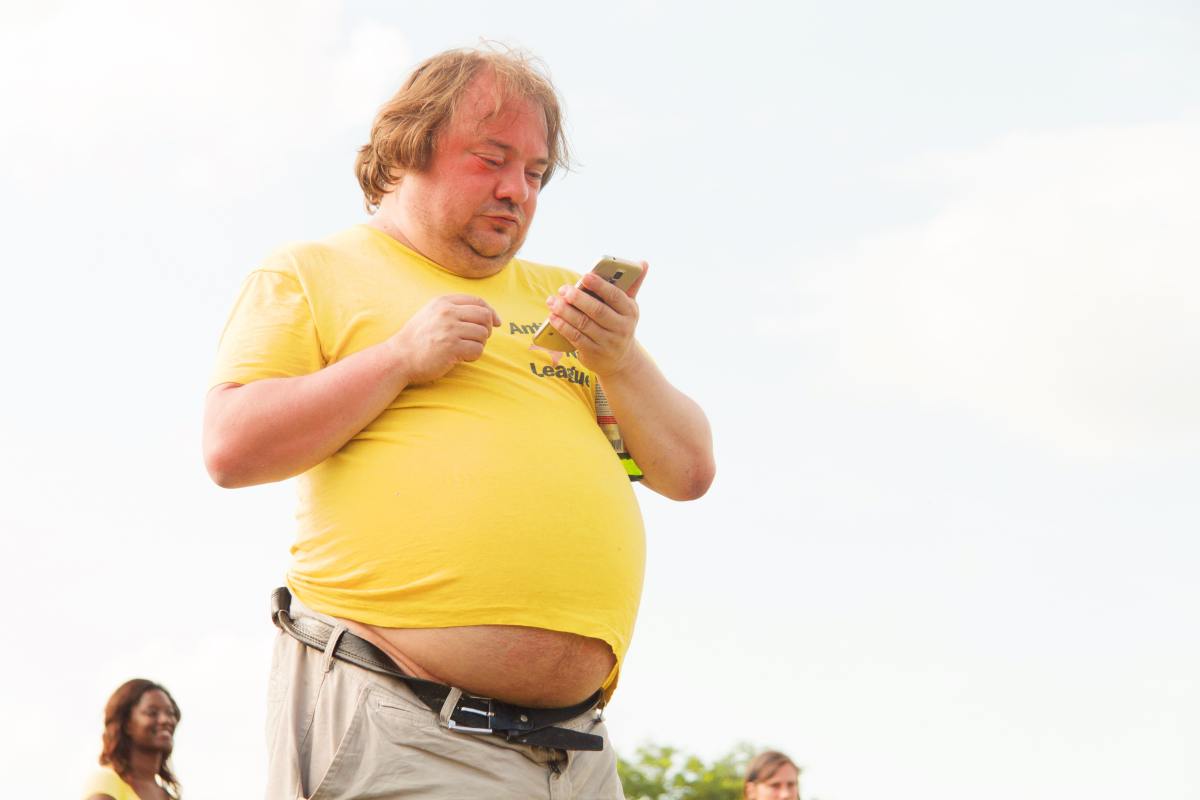 In this post, I’m going to share a little about my weight loss journey – I’m an IT pro and the sedentary lifestyle isn’t exactly great for staying trim! 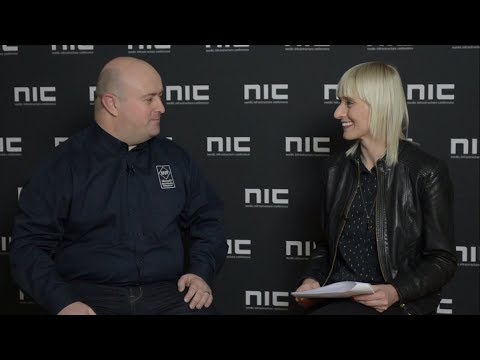 In the above picture with Paula Januszkiewicz, I might have been talking about new security features in Hyper-V, but I was probably wondering what pizza I might order at the hotel when I wrapped up.

When I grew up, there wasn’t a lot of money for unhealthy food. Food was homemade, sometimes even homegrown. Treats like chocolate might happen once every few weeks and during the holidays. There were no regular trips to “the chipper” for a burger, pizza didn’t exist … it was eat healthily or don’t eat.

Back when I was in school/college, I cycled to and from school and I was stick-thin at 11 stone 7 pounds – I know that’s heavy for someone my height but I was actually stick thin.

Then along came graduation, my first job in IT, and money. Every mid-morning, there was a trip to the company canteen (for a fried breakfast), followed by lunch, followed by a convenient dinner. I swear I could eat takeaway 7 days a week. I worked in international consulting, living in hotels for 6 months at a go, so I ate a lot either in the hotel or in a bar/restaurant. I remember sitting down and thinking “what’s up with my waist?” when it first rolled over my belt.  And so it went for 20+ years.

I got a real shock 4-5 years ago when I had to do a health check for some government stuff, and I was classified as … obese. The shock! That only happens to Americans that dine at KFC! It was time for a change. By now, I had a 38″ waist.

I have done some time in the gym over the years. During one of my 6-month hotel stints (in a small wealthy town called Knutsford near Manchester, UK) I spent an hour in the gym on most days. And then I ate a 2-3 course dinner with a bottle of wine. When I exercise, I get HUNGRY. Back in the late 2000’s I spent 5-7 days a week in the gym for over half a year. I’d do up to 90 minutes of training, followed by a 14″ pizza, chicken, and fries. I’m not kidding about the hungry thing!

I live near a canal and a lot of work was being done to open up a “greenway”  that’s a path dedicated to walkers, runners, and cyclists. Not long after the obese determination, I purchased a bike and started cycling, getting out several times a week to do a good stretch. That first year I did quite a bit on the bike. I felt fitter, but not smaller. I came home and ate the same way as always. I drank lots of beer and wine.

2 years ago I was in Florida with my family for a 3-week vacation. I didn’t have enough shorts with me so I went to a nearby outlet and tried on my usual 38″ waistline. Huh! They were too … big! I ended up buying 36″ shorts and jeans that vacation and they fit just nice.

Last year, I decided that I needed to do something more. My diet needed work. I wasn’t getting time to go out on the bike anymore – a wife and kids that need me around and the pending arrival of a new baby (twins as it turned out) would kill off the hours away on the bike at a time. I joined a group that runs a simplified calorie counting scheme. The goal is that you make adjustments to reduce your calorie intake but still get to enjoy the nice things – but within limits. I seriously started at that program in August of last year. At that time I weighed 15 stone 12 pounds (100 KG or 222 lbs), not bad for an NFL running back.

The program I’m using doesn’t use the term “diet”. Diet means starving yourself. In this program, I can still eat, but the focus is on including more salad/veg (1/3 of my plate), swapping out wasteful calories, and replacing oils and butter. It has resulted in myself and my wife experimenting so much more with our cooking – even I cook, which is probably quite a shock to the takeaway industry. The results were fast. Soon all my 38″ waistline clothes went into recycling. In June of this year, I was a 34″ waist and weighing 12 stone 12 pounds (81 kg or 180 lbs), which is pretty OK for a small NFL wide receiver. This is where things went a little wrong when I was last in the gym, 10 years ago. My weight never would go lower – the 14″ pizzas (etc) didn’t help.

I miss beer 🙂 I used to love getting craft beer and trying it out. I switched over to lower-calorie whiskey & dark rum. But then my wife spotted that 0 alcohol beer has very few calories. It might be missing the buzz, but the taste is still there – perfect while cooking on the BBQ.

While on maternity leave this summer, my wife started walking. I tried to get out a bit on the bike but was really restricted to once or twice at the weekend. I started to join my wife on her walks on Saturdays and Sundays. We pushed the pace and really started clocking up the KMs, varying between 7-14km per walk. I could feel the difference in my fitness level as we kept walking faster.

I struggled a bit again. The summer months brought lots of good weather and I was making the most amazing homemade burgers on the BBQ, along with steak, and chicken … you get the idea. My weight was bouncing down and up.

And then my wife spotted that the gym at a local hotel was running a family deal. We could sign up the entire family, the kids could use the pool, and me and my wife could use the gym. I went the next day and I used the bike and I ran. I ran 5 KMs with a few stretches of walking to get a drink. I was shocked. Now when I say that I ran, I was crawling along at 5 kmph – not exactly Raheem Mostert burning up the injusry-causing turf on the New York Jets last year.

I ran for a week. I was a little sore. I weighed in the following week and I was up 2 lbs! What the f***? There were a few things that I realised/learned with some googling:

Where I Am Now 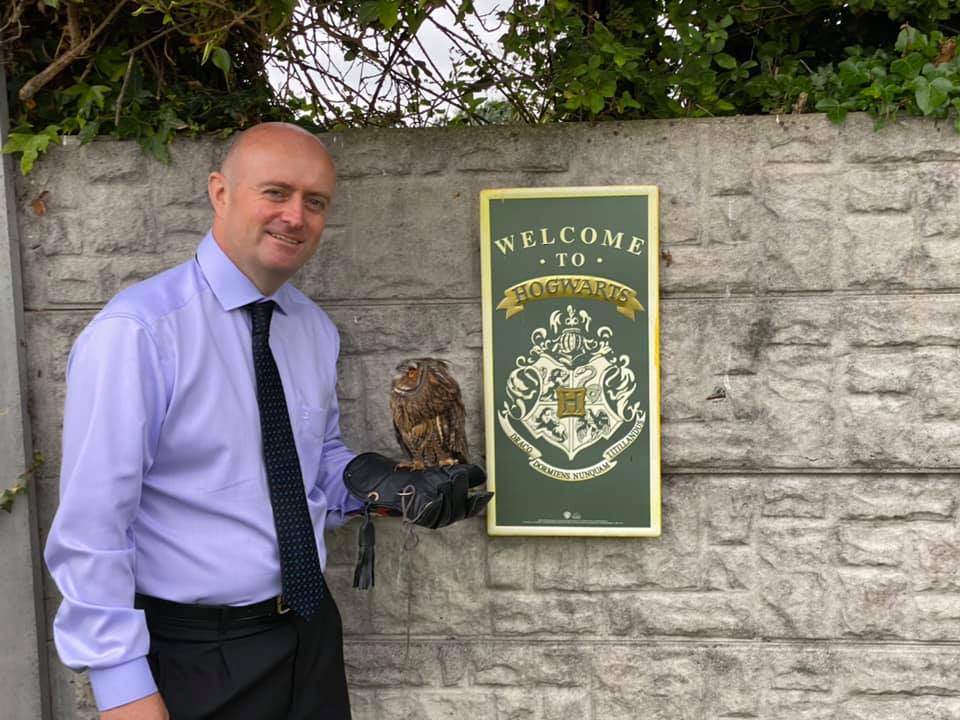 Me about a month ago.

I’m Not Missing Out – Much

I used to live on pizza. I miss it 🙂 We had a week away back in June and I gave myself a week off from the food optimisation. I ate fried food and pizza – a whole pizza – to myself. I drank nice beer every night. And my weight did go up by 4 lbs, but I lost it all within 10 days.

As I said, we’re cooking a lot. There are lots of websites and cookbooks that specialise in making nice food but with better ingredients. Last week I make double cheeseburgers using low-fat cheese and beef and they were DE-F’N-LICIOUS. We’ve been eating curries, air-fried everything, and slow cooking stuff like mad. Our fridge is full of sauces and our press is stuffed with spices. We’re at the point where restaurant food has to be pretty amazing to impress us now.

We like this series of books by an Irish couple that became well known on Instagram – they actually live near us and we bumped into them eating dinner around the corner from our home.

We’re also fans of the Pinch of Nom series:

I’m not an expert. The best advice I can give you is:

But most of all – enjoy it. I gained weight out of laziness and because I enjoyed certain foods. Now, I’m eating healthier than I ever did but I am still enjoying food – the chicken fillet burgers I had a couple of weeks ago might appear on the menu tomorrow (better than any I ever had out) and I’m looking forward to the beef curry that we’re making tonight!

7 thoughts on “An IT Person On A Weight Loss Journey”