Last week I tried twice to perform the online update of Windows 8.1 on my Samsung ATIV Smart PC 500T.  Twice it failed.  I had the commonly encountered (during the Preview!!!!) issue where the machine would perform the install, including device detection, and then hang on the final boot up with a black screen and busy mouse cursor.  From what I can tell, that’s a graphics drivers (Intel) issue that requires some McGuyver hacking to work around (not fix).  I wanted a clean working machine.

<<<< Here’s where I should say – Don’t be a moron, do the download drivers step that I mention later, BEFORE you wipe the machine.  You will also need a keyboard that physically plugs into the tablet >>>>

So I resorted to deploying Windows 8.1 from an ISO.  The first step was to prep a USB stick that a UEFI machine would like.  And remember, this machine has an x86 processor so a 64-bit build is useless.

The Windows 7 ISO Download Tool will prep a USB stick that only works with BIOS machines.  I needed a FAT32 stick.

Next I needed to boot the tablet up with the stick.  Turn the machine off, hold in the Volume Up button, and power it up.  This brings you to an advanced startup menu.  I muddled around in here to get the command prompt, browsed to the USB drive (D:), and ran Setup.Exe.  Now I walked through the Windows setup, including wiping all of the existing volumes.

The first clue that something was wrong was when I was asked to name a new user and set a password.  Huh!?!?  Where was the log into my Microsoft account?  Uh oh, I was missing drivers.  I touched the screen – nada!  I had no touch.  Thank f**k that I bought the keyboard or I’d be royally screwed.

I logged in, ran Device Manager and found, yes, I was missing LOTS of drivers.  Luckily I had a USB wired network adapter.  I plugged it in and went online.

Samsung do not share drivers for this tablet on their site.  The support page had me fearing that I’d bricked the tablet.  But I remembered that the SW Update tool was available to download.  Maybe that would update my device?  I installed SW Update and check for updates.  All that was there were 2 bloatware apps and the touchpad software.  Hmm.

But there was a solution!  This is the solution that I should have run before rebuilding my machine.  It was a rookie mistake, but I’ve become so used to Windows having most, if not all, of drivers out of the box.  But it was a dumb rookie mistake.  Here’s the solution: 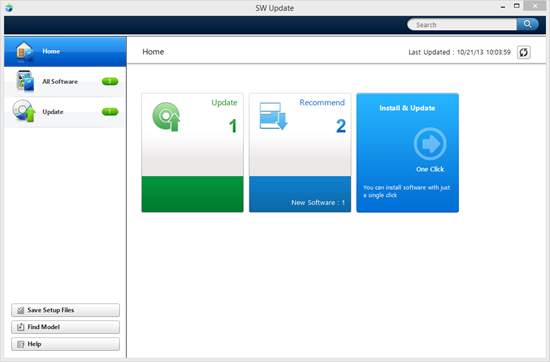 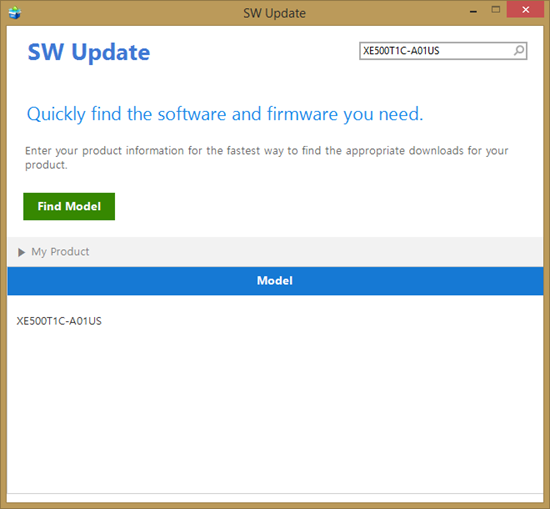 3) Do not select Windows Blue as the OS.  That only contained the SW Update tool.  Hopefully Samsung will replace that with a populated Windows 8.1 entry.  Instead, I selected Windows 8.

4) Select the drivers.  I did not select the bloatware. 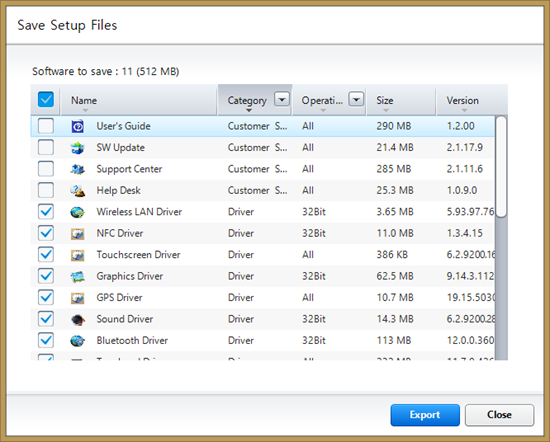 6) Select a safe download location.  My drivers are now in my Drivers folder on my Storage Spaces share on a Windows 8 tower PC.  Pop them onto a USB stick for handy access after rebuilding your tablet.

7) Install the drivers after rebuilding the machine.

Let me remind you: PLEASE DOWNLOAD THE DRIVERS BEFORE REBUILDING THE MACHINE.

AND DO NOT REBUILD THE MACHINE WITHOUT A PLUGGED IN KEYBOARD, either USB or the clamshell keyboard that this machine sometimes is sold with.

The machine is fully working now.  I associated my Microsoft account, moved SkyDrive to the MicroSD card, and relocated My Documents to the same folder.

It’s such a pity that the online Windows 8.1 upgrade did not work.  I wonder how many retail consumers will get “bricked” by this?